Everything has a price, so it's inevitable that a new scarcity of appointments at reopened state government sites would breed greed. "Online sales of Secretary of State appointment slots [have] cropped up amid a crush of demand at branch offices," Beth LeBlanc of The Detroit News reports from Lansing. 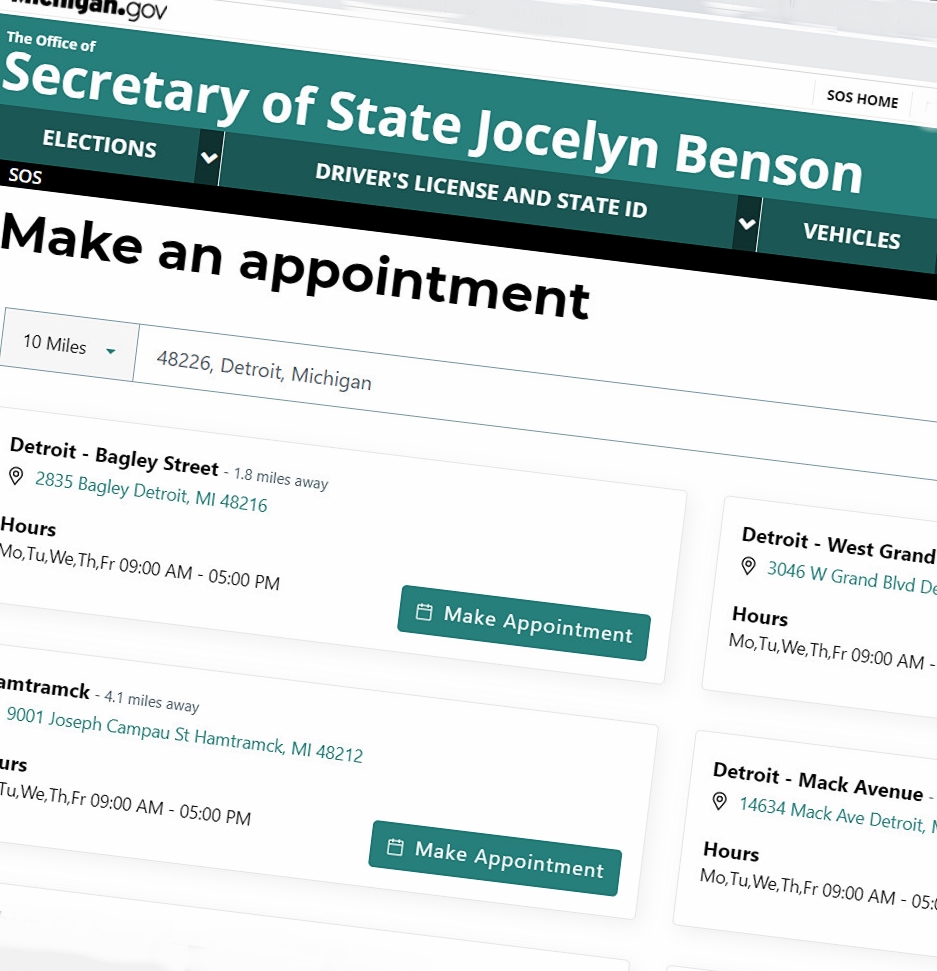 Buy-an-appointment listings are on Facebook Marketplace and Craigslist. A Metro Detroit legislator wants to make that move illegal.

The proposal would allow Michigan's attorney general to take action against websites or platforms that allow individuals to sell appointments by booking a block of appointments and then transferring it someone else's name upon sale, Puri said. "We just didn’t think it was right to profit off of other people’s hardship."

Benson last month switched to an appointment-only system, saying the walk-in practice casues lengthy waits. But complaints about a two- to three-month wait for an appointment arise.

Amid criticism from Republicans and demands for walk-in service, the agency this month said it'd add 350,000 appointment slots through Sept. 30 to address the backlog.