Opinion: Reparations are a pipe dream. Detroit should repay recent wrongs instead. 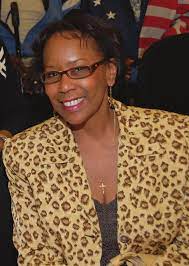 Oh, snap! Detroit City Council caught the reparations bug! They want to stir the pot about past grievances and energize the community to embrace pipe dreams.

Reparations refer to that which is past. I don’t know if there is a word for present day reparations, but there should be.

Detroiters don’t need to reach back 100 years to seek or qualify for financial relief. In a perfect world, Detroiters would have a menu of reparations from which to choose.

The obvious and most grievous sin the city committed was a little more than five years ago, not a century ago. How could we forget that we (taxpayers) paid the Jones Day law firm $53 million to reduce the number of Black Detroit homeowners to shockingly low numbers nationally, after retirees lost 4.5% of their monthly pension payout, health care, and some even had to repay the difference. Council should focus on righting these wrongs and compensate retirees accordingly.

Even more recent is the messy financial debacle over Detroit homeowners left in the lurch, if lucky, after years of being overtaxed to the point of foreclosure, eviction and devastating loss. This is unresolved and reeks of racism.

However, there is precedent: Immediately following the Civil War, after slaves were freed, slave owners demanded and received compensation for the loss of their property.

It's frustrating and unacceptable that council members neglected to fight for a fair resolution to an insurmountable problem that wouldn’t be so insurmountable in the suburbs. At a time when we are discussing the obliteration of Black economies, such as Detroit’s Black Bottom, it’s unconscionable that the city has been combative in its response.

Another missed opportunity to repay Detroiters involves the destruction of homes and property when it rains…hard! Reparations for flood victims! Detroiters have lost millions of dollars in property, with little to no sympathy from the city. The City Council has succumbed to the power of the mayor’s office, and they’re disillusioned enough to try to make us believe that we can wish for reparations payments when reparations relief is actually needed now.