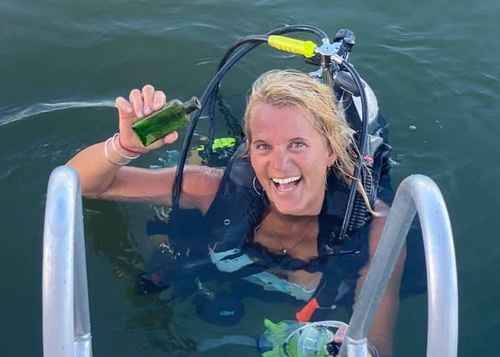 Here's a good-news story to distract you from flooding, heat and misery: Nearly 100 years after its sender put a message in a bottle and threw it into the Cheboygan River, it has been found there -- and had reverberations far beyond the young man who sent it.

Jennifer Dowker was scuba diving in Michigan this month to clean her glass-bottom tour boat when something caught her eye: a little green glass bottle.

Dowker, 45, swam about 10 feet farther into the Cheboygan River to scoop it up and was excited to find there was a note rolled up inside.

“I thought, ‘A message in a bottle? Cool!’ ” said Dowker, who for the past three years has taken visitors on cruises and shipwreck tours as owner of Nautical North Family Adventures in the small city of Cheboygan. 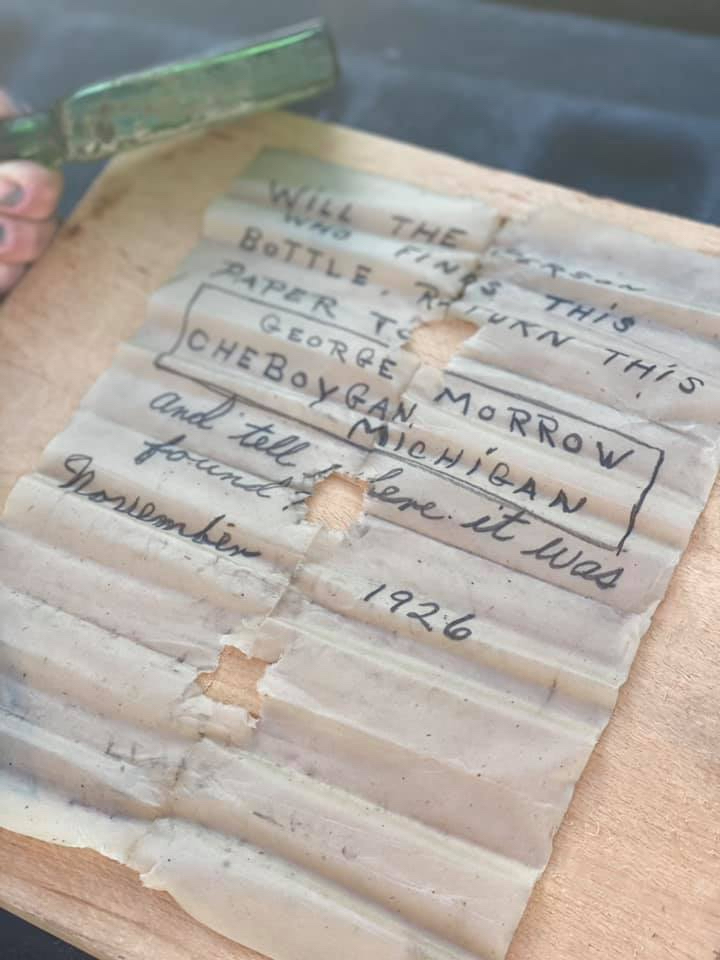 Despite a century in the water, the message was still readable. (Photo: Facebook)

The message was simple: “Will the person who finds this bottle return this paper to George Morrow Cheboygan, Michigan and tell where it was found?” It was dated November 1926.

George Morrow turned 18 in November 1926, and died in 1995, long before social media and the internet made it possible to announce such a find on a Facebook page and hope for the best. By the next day, Dowker's post had whipped around the world, and Morrow's daughter had been found -- Michele Primeau, 74, a retired schoolteacher living in Farmington Hills.

Primeau was delighted to hear of the find, which she said fits her father's personality; he was "quiet and laid-back," but fond of gestures like messages in bottles. He did it once when the family was camping on Lake Huron, she recalls.

Dowker offered to give Primeau the note, but Primeau said it would be better-kept in Dowker's boat-tour business office, where she could show it off and tell the story.

Full story at the link above. It's a charmer.