Matiss Kivlenieks, a 24-year-old goalie for the Columbus Blue Jackets hockey team, is dead after a fireworks accident at a Novi party.

The hockey pro was leaving a hot tub around 10 p.m. Sunday when a mortar-type firework tipped and hit his chest from about 10 feet away, Novi Police say, according to WDIV. The accident was in the backyared at the lakeside home of Manny Legace, a 48-year-old former Detroit Red Wings goalie (2000-06) who has been head goalie coach for the Blue Jackets since 2018.

The impact caused "trauma to the chest area with massive internal injuries" to his heart and lungs, an autopsy showed Monday, police Lt. James Meier says. 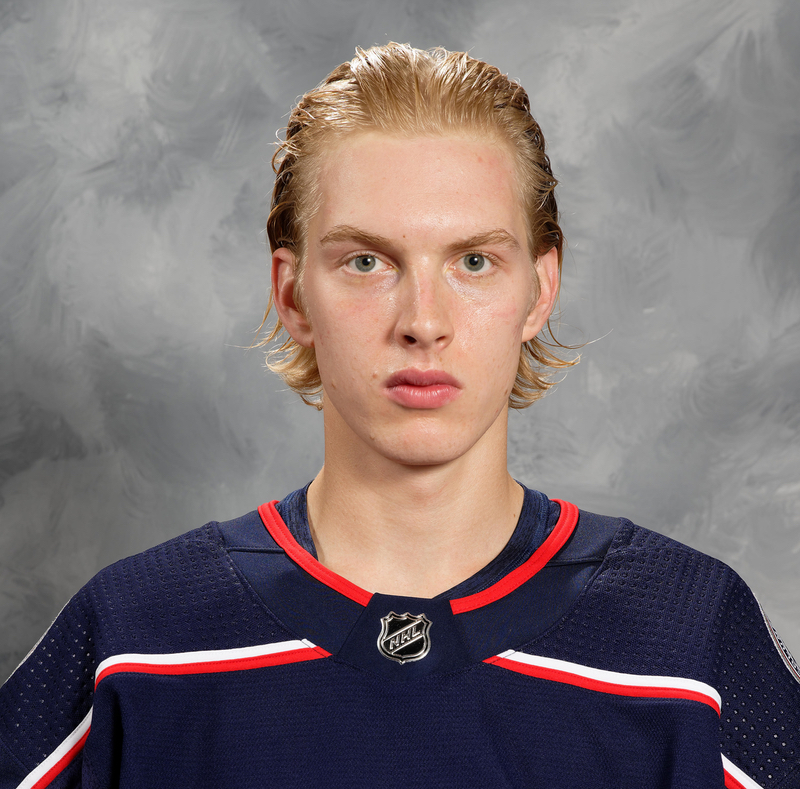 Police initially said the NHL player died of a head injury suffered as he was getting out of a hot tub. He was said to have slipped and fallen onto a concrete surface.

Kivlenieks, a Latvian native, came to the U.S. in 2016. He signed with Columbus for three years and $2.5 million and spent most of his American career with the Blue Jackets' affiliated team, the Cleveland Monsters of the AHL.

There was a moment of silence for Kivlenieks at Monday night's Game 4 of the Stanley Cup finals in Montreal.

"We are shocked and saddened by the loss of Matiss Kivlenieks, and we extend our deepest sympathies to his mother, Astrida, his family and friends during this devastating time," said Blue Jackets President of Hockey Operations John Davidson.

"Kivi was an outstanding young man who greeted every day and everyone with a smile and the impact he had during his four years with our organization will not be forgotten."