Summer of '21: Differences from last July in Michigan are worth celebrating -- in person with others 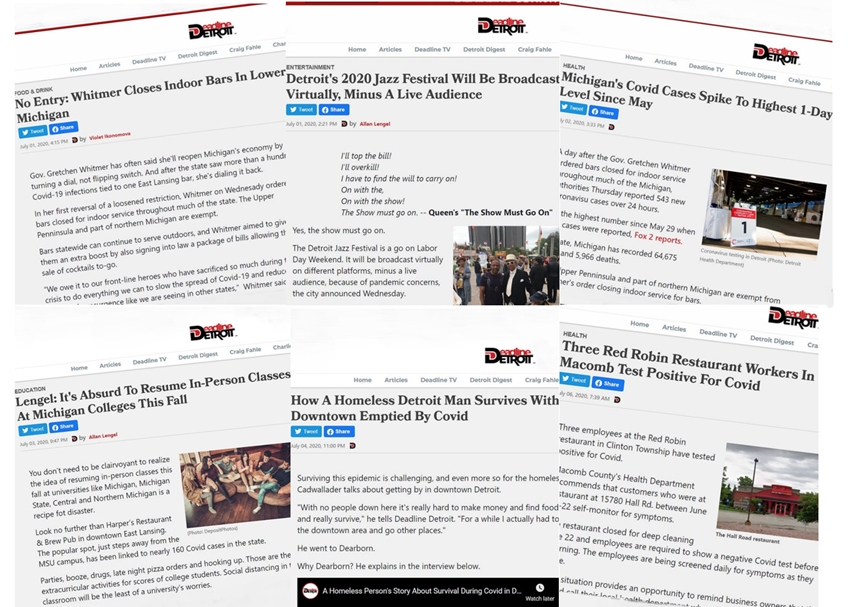 Reminders of the way we were 12 months ago this week.

Bet you had a better July 4 weekend than last year's. We spent a bit of ours clicking through the not-so-wayback machine to see why the then-and-now gap feels longer than 12 months.

One thing that didn't change is the weather -- yesterday afternoon's Detroit high temperature was 92, one degree above the July 5, 2020 peak. But that week wasn't a typically festive celebration of freedom and independence.

Less than three months into the Covid nightmare, parades and municipal fireworks were cancelled throughgout Metro Detroit. Bars couldn't serve indoors in most of Michigan under a July 1 order from the governor, who acted after nearly 200 coronavirus cases were linked to Harper's Bar and Brew Pub in East Lansing. 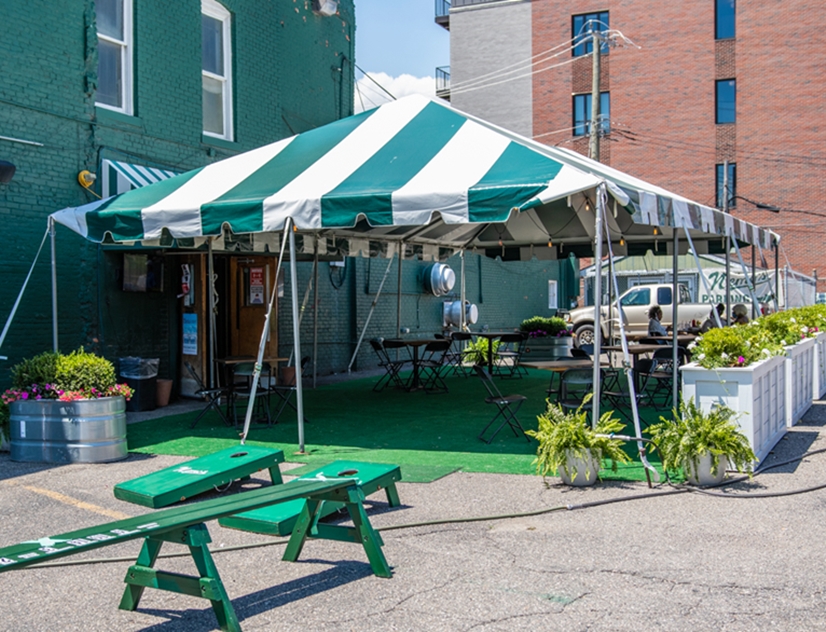 Nemo's patio on Michigan Avenue in Corktown was the only option besides takeout last July. (Photo: Michael Lucido)

We posted a gallery of Detroit restaurant patio photos last July 3, showing the only option besides takeout. Now bars and restaurants statewide have no capacity restrictions.

Our archives chronicle a tale of two summers. We had seven Covid-related posts last July 1-4, compared to one so far this month ("Michigan Reports 101 New Covid Cases and 0 Deaths").

The state government issued five Covid news releases last July 1-6, compared to one during the first week of July 2021. 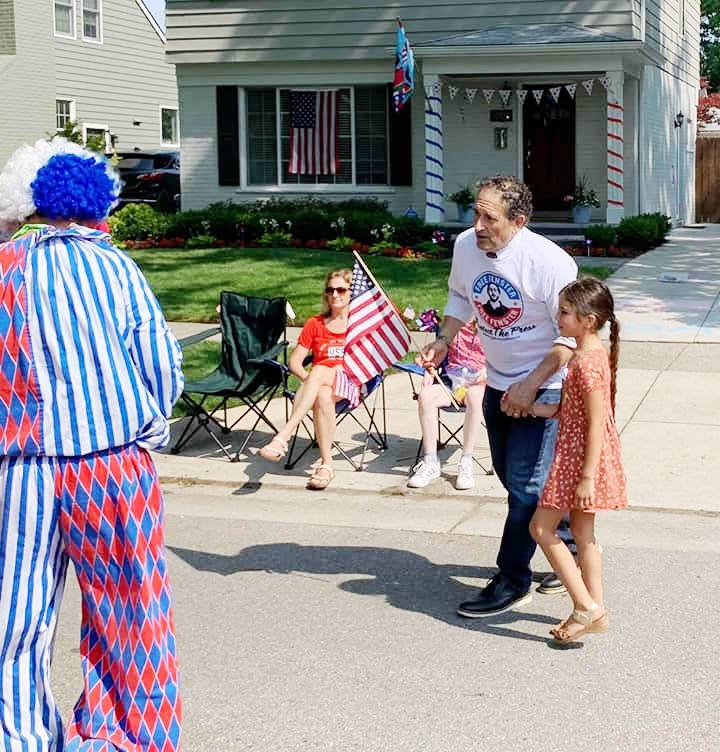 More evidence that this "hot vax summer" is a far cry from last year's stiffled season:

► A full Detroit Tigers season is underway without Comerica Park seating limits since June 1. (Only 8,000 fans could attend April and May games, less than a quarter of capacity.) The 2020 season had just 30 home games without in-person fans, starting last July 27.

► The free Detroit Jazz Festival, staged solely online last year, swings on three stages around Hart Plaza and Campus Martius from Sept. 3-6. "We are thrilled to bring back in-person live audiences," even official Chris Collins says in a recent release.

► Cinema Detroit on Third Street in the Cass Corridor opened Friday for the first time in 16 months and is showing "Summer of Soul," a new documentary about 1969 Harlem Cultural Festival concerts. The next screenings are Thursday at 6:45 and 9:10 p.m.

► Students can look forward, if that's the right word, to in-person learning on campuses and in schools. Last July 3, a column by our editor Allan Lengel said: "The idea of resuming in-person classes this fall at universities like Michigan, Michigan State, Central and Northern Michigan is a recipe for disaster."
Most offered only virtual classes initially or a "hybrid learning" mix remotely and in person. MSU now posts that it "is looking forward to a more typical fall semester, with 85% of undergraduate classes having an in-person component." U-M plans mostly in-person classes and will open residence halls to 80% capacity.

And yet . . . only 52.3 percent (4.5 million) of eligible Michiganians were fully vaccinated as of July 3 and 62 percent have a first dose, according to this health department dashboard. So these are among carryovers from summer '20:

► Dally in the Alley, a mid-September Cass Corridor festival with art, music and food, is scratched again for just the second time in its 45 years. "While we recognize that restrictions are lifted, they were still in place when we needed to begin planning," organizers explain in a July 1 social media post.

► Nonessential border crossings to and from Ontario border have been blocked since March 2020. The latest monthly extension runs through July 22. (We reported last July 27 that the travel ban "is likely to go until at least December or early next year." Ah, if only ...)

Still, carry on with graditude, prudence and masks if not fully vaccinated as you savor sun, sand, suds and other summer joys -- such as watching pros play ball, play Bach and play Benny Goodman in Detroit.

Last week's news, 12 months after a summer to forget (as if we ever can).