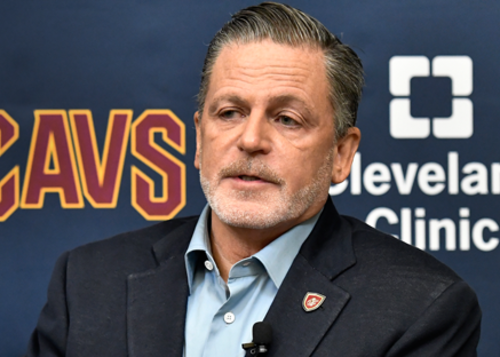 Dan Gilbert is featured in a new ProPublica story on a tax deduction that allows billionaire sports team owners to pay lower tax rates in some cases than the concession workers at their stadiums.

Gilbert, co-founder of Quicken Loans and owner of the Cleveland Cavaliers, reportedly used amortization —the term for depreciating nonphysical assets — to lower his taxable income by about $443 million from 2005 to 2018, the report says. Here's how the deduction works:

When someone buys a business, they’re often able to deduct almost the entire sale price against their income during the ensuing years. That allows them to pay less in taxes. The underlying logic is that the purchase price was composed of assets — buildings, equipment, patents and more — that degrade over time and should be counted as expenses.

But in few industries is that tax treatment more detached from economic reality than in professional sports. Teams’ most valuable assets, such as TV deals and player contracts, are virtually guaranteed to regenerate because sports franchises are essentially monopolies. There’s little risk that players will stop playing ... or that TV stations will stop airing ... games. But (team owners still get) to deduct the value of those assets over time ... from (their) taxable income.

In reality, the right to operate a franchise in one of the major leagues has in the last few decades been a license to print money: In the past two decades, the average value of basketball, football, baseball and hockey teams has grown by more than 500%.

The amortization benefit also helps owners like Gilbert whose teams operate at a loss by turning that loss "into an even larger loss, which can then be used to offset other income and save money on taxes."

For example, Dan Gilbert, founder of Quicken Loans, was able to lower his taxable income by about $443 million from 2005 to 2018 because of his stake in the Cleveland Cavaliers, tax records show. In that same period, the team reached the pinnacle, winning its first-ever NBA championship in 2016.

But Gilbert's lawyer says that's not a problem because Gilbert doesn't make money off the team:

"... the Cavaliers has operated with an actual loss (negative cash flow/negative income) unrelated to any depreciation or amortization and there have been no funds to distribute to Mr. Gilbert or any other owner,” he wrote.

The tax write-off for amortization, Gilbert’s lawyer argued, is essential to all businesses, from restaurants to factories to sports franchises. Without it, he wrote, “there would be no capital investments made by owners and businesses would be taxed on revenue without properly taking into account all costs necessary to generate that revenue. That would be antithetical to capitalism and fatal to the United States’ economy.”

Gilbert’s lawyer added that the Cavaliers owner has paid “enormous” taxes for many years. He also wrote: “Your e-mail makes reference to other wage earners such as the players and their salaries. The facts are this: Mr. Gilbert is the only party referenced in your e-mail who has undertaken any risk. Mr. Gilbert has risked the purchase price paid for the Cavaliers, his subsequent capital contributions, the debt he has personally guaranteed and the players’ salaries which are guaranteed. ... To compare the guaranteed salaries of the Cavaliers’ players as an applicable measure of Mr. Gilbert’s tax rate is absurd.”