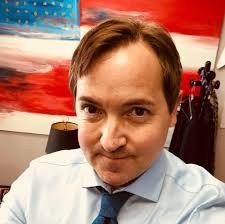 Michael Bullotta: "We had done everything we could."

Michael Bullotta, part of the team that successfully prosecuted Kwame Kilpatrick, says he thinks the 28-year-sentence the ex-Detroit mayor got in 2013 was fair. But he's not upset President Trump freed him from prison in January after serving only about eight years.

"When I heard Mr. Kilpatrick was pardoned, I didn't feel bad about that," said Bullotta, who left the Detroit U.S. Attorney's Office in April after about 20 years to enter private practice . "I felt we had done everything we could to try and bring to light his misdeeds. ... I'm just proud of my team for all the work that we did."

Bullotta of Bullotta Law in downtown Detroit, talked to Deadline TV about the Kilpatrick investigation and other high profile cases he worked on including the multiple public corruption indictments in Macomb County and the prosecution of a Detroit Police official, who took kickbacks from a towing company.  He fears corruption in the Detroit Police Department and Macomb still exists, and he worries that the rapidly-growing cannabis industry is going to be one of the new frontiers for public corruption.

The full interview is below. (Kilpatrick portrait aboive by Nicole Ashley Allen Photography)