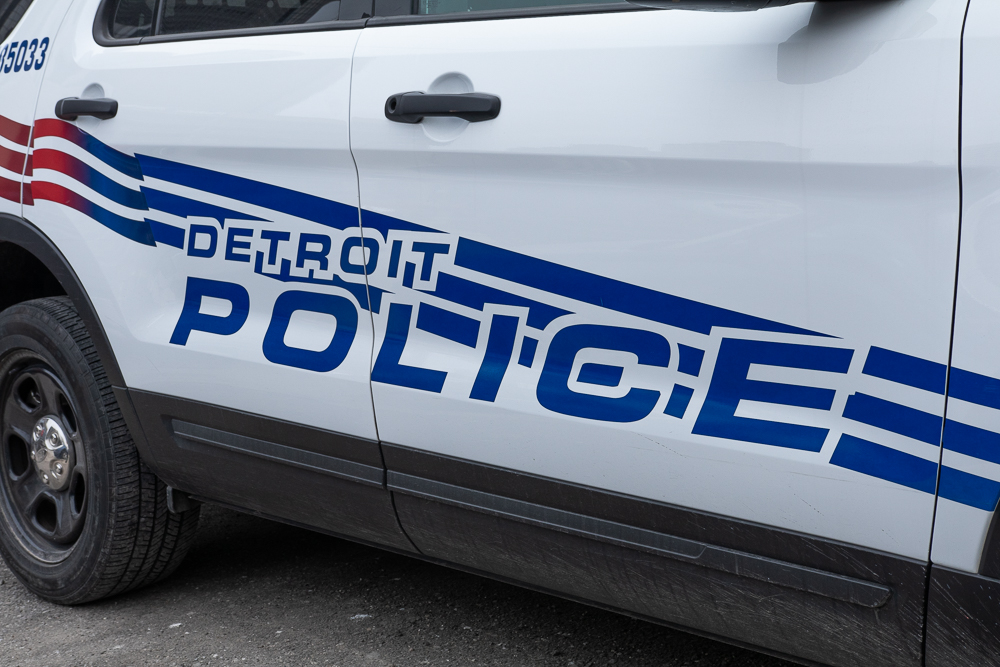 A former Detroit cop was sentenced Tuesday in federal court to six years and eight months in prison for extortion.

Deonne Dotson, 49, was accused of accepting bribes from auto collision shops in exchange for referring stolen and  abandoned vehicles recovered in the city to their shops. Authorities say he also created false police reports in exchange for money from the businesses.

Vehicle owners didn't know Dotson was paid by the collision shops when they agreed to have their cars fixed by the businesses.

Five other Detroit cops pleaded guilty and served prison time for similar crimes. All six officers were employed by the department when they committed the crimes.

Dotson’s conviction and 80-month sentence  shows that no one is above the law, and when police officers commit crimes and violate  their oath to protect and serve the public, they will be held accountable," said Acting U.S. Attorney Saima Mohsin said in a statement.

following convictions for extortion announced Acting  United States Attorney Saima Mohsin.
Joining Mohsin in the announcement were Timothy Waters, Special Agent in Charge of  the Detroit Field Office of the Federal Bureau of Investigation, Juan Vargas, Acting U.S.  Postal Inspector in Charge, U.S. Postal Inspection Service, Detroit Division and Chief  James White, Detroit Police Department.
Dotson, age 49, was convicted after an 8-day jury trial before United States District Judge  Robert H. Cleland. The trial was conducted in November 2019, but Dotson’s sentencing  was delayed due to the COVID-19 pandemic.
According to the evidence presented at trial, Officer Dotson accepted bribes from owners  and operators of automobile collision shops in exchange for referring stolen and  abandoned vehicles recovered in the City of Detroit to their shops. The evidence also  showed that Officer Dotson created false police reports in exchange for money from the  owners and operators of the same collision shops. Owners of the vehicles were unaware  that Officer Dotson was being paid by the collision shops when they agreed to have their  cars fixed by the collision shops.
Five other Detroit Police Officers pleaded guilty and served time in federal prison for  committing similar criminal activity while they were Officers with the Detroit Police  Department. All six officers were actively employed with the Detroit Police Department at  the time of the offenses. The other five officers were: Charles Wills, James Robertson,  Jamil Martin, Martin Tutt, and Anthony Careathers. All of the Officers were charged with  engaging in extortion for using their official positions as Police Officers to refer cars to  certain collision shops in exchange for cash payments.
“The overwhelming majority of Detroit Police Officers are honest, hard-working, and  superb public servants,” said Mohsin. “Dotson’s conviction and 80 months’ sentence  shows that no one is above the law, and when police officers commit crimes and violate  their oath to protect and serve the public, they will be held accountable.”
"Mr. Dotson abused his authority as a law enforcement officer by engaging in conduct  designed to benefit him personally. His actions are in stark contrast to the professionalism  and integrity shown by the Detroit Police Department on a daily basis," said Timothy  Waters, Special Agent in Charge of the FBI's Detroit Division.
“The successful resolution of this case highlights the importance of interagency  cooperation. What began as a mail fraud investigation into illicit insurance claims  developed into a public corruption case resulting in the conviction of six police officers for  extortion – all because of the joint investigative effort. I fully commend all agencies  involved for the hard work and countless hours put forth to bring these corrupt officers to  justice,” said Juan Vargas, Acting US Postal Inspector in Charge.
The investigation was conducted by the FBI, the U.S. Postal Inspection Service, Detroit  Police Department and the following agencies from the FBI Detroit Area Corruption Task  Force: Michigan State Police and U.S. Customs and Border Protection, Office of  Professional Responsibility, Investigative Operation Division.
The FBI Detroit Area Corruption Task Force is comprised of pers