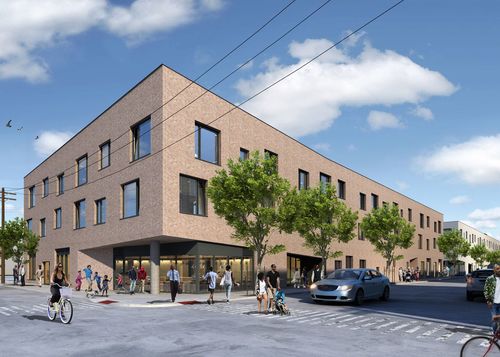 A rendering of Midtown West

Between $275,000 and $500,000 was apparently too much to pay to live on the edge of Midtown in a pandemic, dooming plans for condos at a completed portion of what was to be a $77-million development when it was announced four years ago.

Crain's reports the developers of the first building in Midtown West, a retail and housing concept to bring several hundred units to the site of the former Wigle Recreation Center at Selden Street between the Lodge and Third Avenue, have pivoted to rental apartments, citing limited interest from prospective owner-occupants. The 26 units at the Fourth & Selden will now start at $1,500 for a studio with a two-month free signing bonus.

(It's) hardly the first condo development to shift gears or be scrapped in recent years, following The Mid, Cass and York, The Ashton and others that have been reimagined or sent back to the drawing board due to rising construction costs and other issues.

Now as rental apartments ... one-bedrooms are $1,800 and higher and two-bedrooms are $2,400 and up, said Peter Procida, Mario Procida's son and development associate for Procida Development Group. That includes parking and amenities.

The overall project has been scaled down too, and will now cost $58 million.