Another Detroit freeway shooting, this time on the Lodge 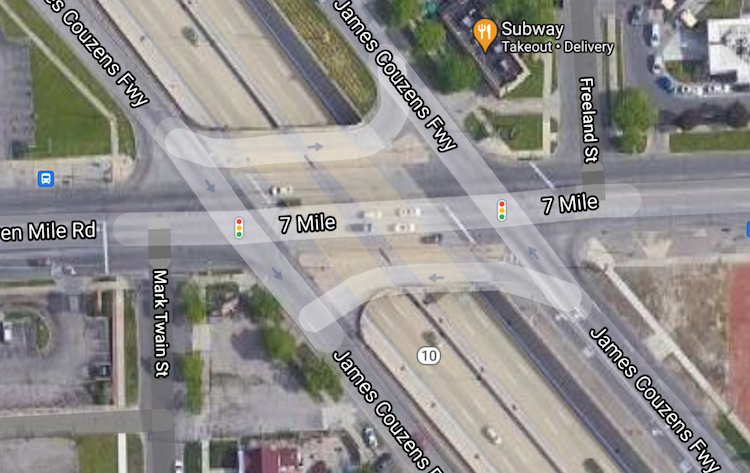 Highway gunfire in Detroit is far too common.

In the fourth case since May, a woman reportedly was shot at while trying to pass another vehicle around 12:35 a.m. Sunday on the Lodge Freeway at 7 Mile Road, WDIV reports.

The woman, 35, from New York had left a Detroit bar and was up on the northbound Lodge in the left lane. While she tried to pass a silver SUV, the front-seat passenger began firing, the station reports. A bullet grazed her left wrist.

She exited the freeway at 12 Mile Road and Telegraph in Southfield and called police. She declined to go to the hospital, WDIV reports.

Two months ago, gunfire wounded a victim on the Lodge, also near 7 Mile. At least 25 shell casings were on the freeway shoulder, WDIV reported.

Last week, bullets hit a driver and passenger on I-96 near Tireman in the afternoon. It all began when the female driver and her male passenger got into a minor fender-bender on a surface street, Michigan State Police told Deadline Detroit at the time.  An argument began and the woman drove off out of concern for her safety.

She entered the eastbound lanes of the freeway around 3:50 p.m. last Tuesday, and the suspect followed and opened fire, hitting her and the passenger once before driving off. They were treated at a hospital for wounds not considered life-threatening.

Last month, a 2-year-old boy was killed and his 9-year-old brother was seriously wounded in a shooting on I-75 near 7 Mile Road.