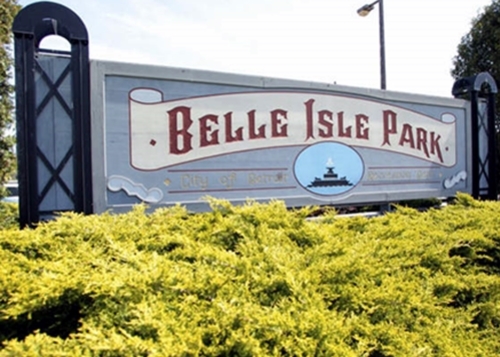 Ron Olson, chief of parks and recreation for the Michigan Department of Natural Resources, which runs Belle Isle, said there's no timetable. ... But Olson and others noted the course is "not sustainable" and the zoo will "never be how you remember it."

"We hope to start the visionary piece in the next year, if we can," Olson said. "In five years, it'd be nice to have a plan and be started down that road. In 10 years, I'd imagine something will be done, even if it's a return to nature."

Possible replacements also include adventure areas or mountain bike trails. The zoo and nine-hole course have been closed since 2002 and 2008, respectively.

Simply put, let the park be a park. That sensibility, about what Belle Isle should be and why it was created, is why Belle Isle Concern speaks vocally each year against the Grand Prix race, which shuts down large portions of the island for about two months each spring.

"Belle Isle was meant to be an escape for people," Novacek said. "If we keep developing it, it'll become another place to escape from."