Two Detroit police officers were disciplined for speeding away from a wild street shooting incident instead of addressing it, as their dashcam video shows. 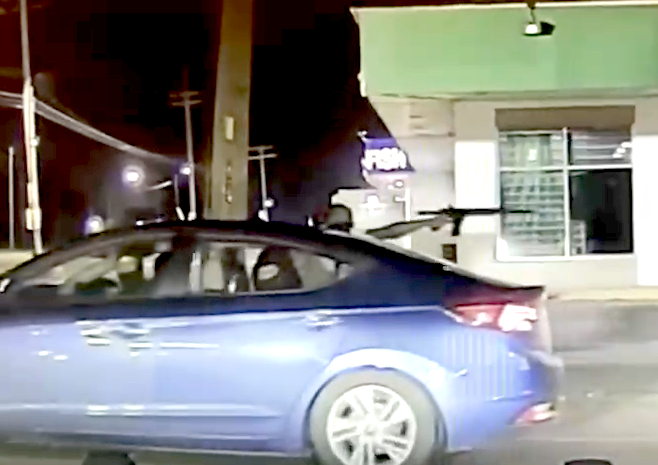 The shooting in question. (File photo)

The incident was first reported by Charlie LeDuff in Deadline Detroit on Thursday. The video shows a drive-by shooting by a suspect who holds an apparent assault rifle out the window and fires at a pedestrian. The officers took off rather than stop or pursue the shooter, and actually clipped the fender of the gunman's car in the process.

Interim Detroit Police Chief James White said Friday that one officer is suspended and a second will face discipline once off medical leave after the two were filmed fleeing a shooting.

White, during a Friday press conference at Detroit Public Safety Headquarters, said the officers did return to the scene after the shooting and rendered aid, but said he was "concerned by what he saw" on the footage.

The man who was fired at was hit in the leg and survived. White didn't name the officers.