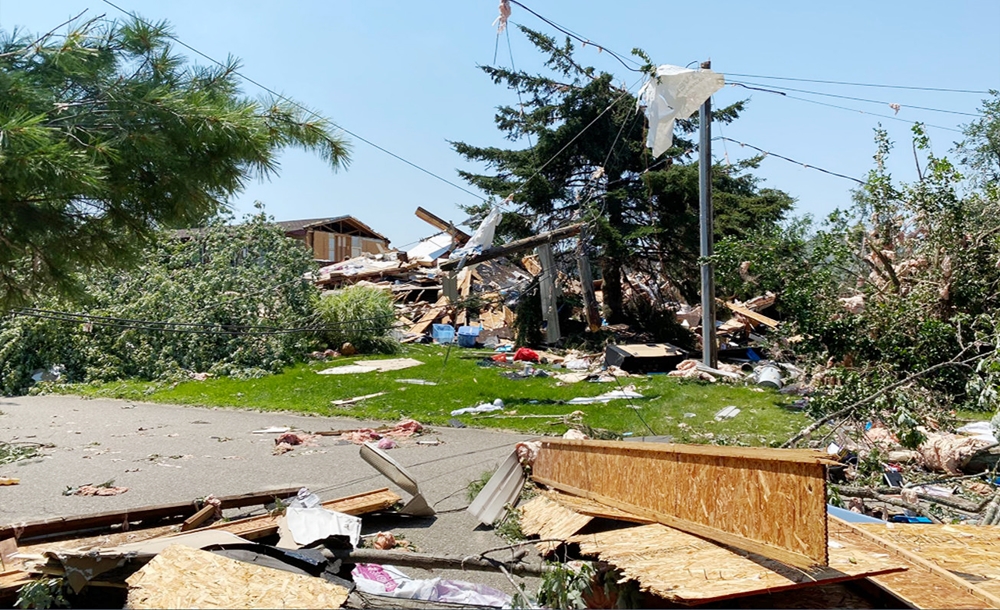 One minor injury and no deaths are reported from tornadoes that caused significant damage this weekend in Armada, White Lake and nearby communities, authorities say.

A separate tornado at same time caused damage to the east in Armada, a Macomb County township where winds were estimated to reach 105 mph. A third twister touched down west of Flint.

► See photos below, including one from Southfield.

Both Metro Detroit whirlwinds, classified Sunday afternoon as EF-1 tornadoes by the National Weather Service, touched down at 7:54 p.m. The White Lake's first point of impact was just west of Teggerdine and Pontiac Lake roads in the western Oakland township. It raced toward Clarkston at about 100 mph before losing tornado-level velocity about three minutes later, the service says. 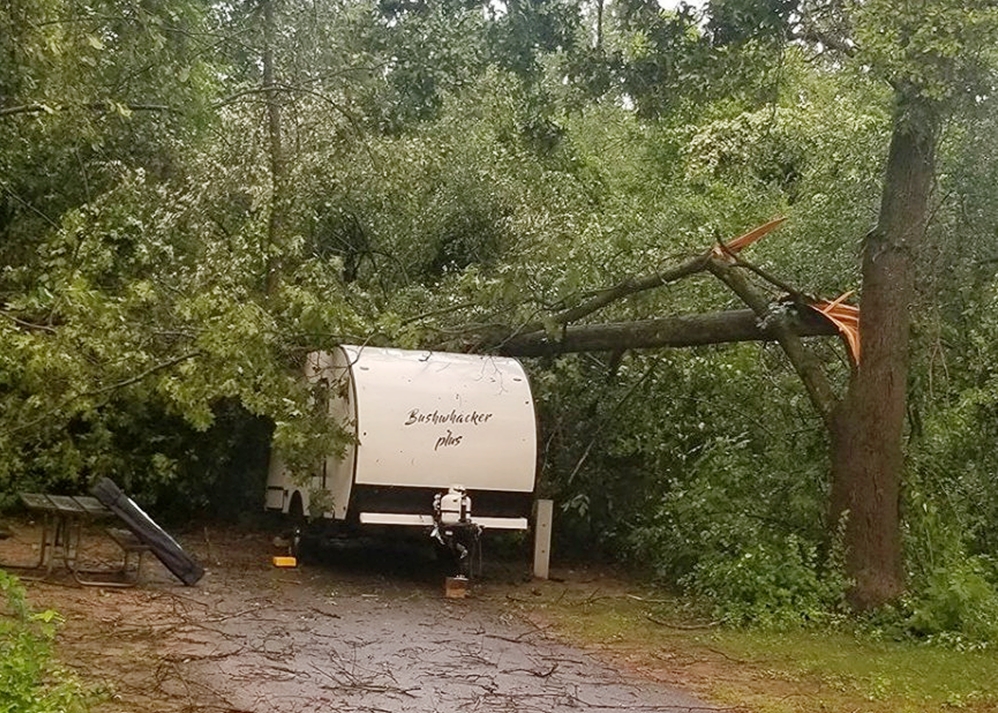 A house was dagamed when multiple pine trees fell on it, resulting in one minor injury.

Macomb's simulataneous touchdown came at 34 Mile and Armada Ridge Road, five miles east of Romeo. The twister ripped through Armada during its 14-minute span, causing "massive tree damage with uprooted and sheared trees," the weather service says. "One house lost all roofing, with the upper walls then collapsing.

About an hour earlier, a similar-strength tornado touched down about 10 miles west of Flint in County, according to the federal weather office in White Lake. At least three garages were damaged or wrecked, says a damage survey tweeted late Sunday afternoon.

"We're very fortunate there were no reported injuries and no deaths," he added at a roadside news briefing in Armada. The elected official praised township Fire Chief Chris Krotche's department for swift responses and helping residents out of damaged homes.

These scenes are posted on social media Sunday by state troopers and residents: 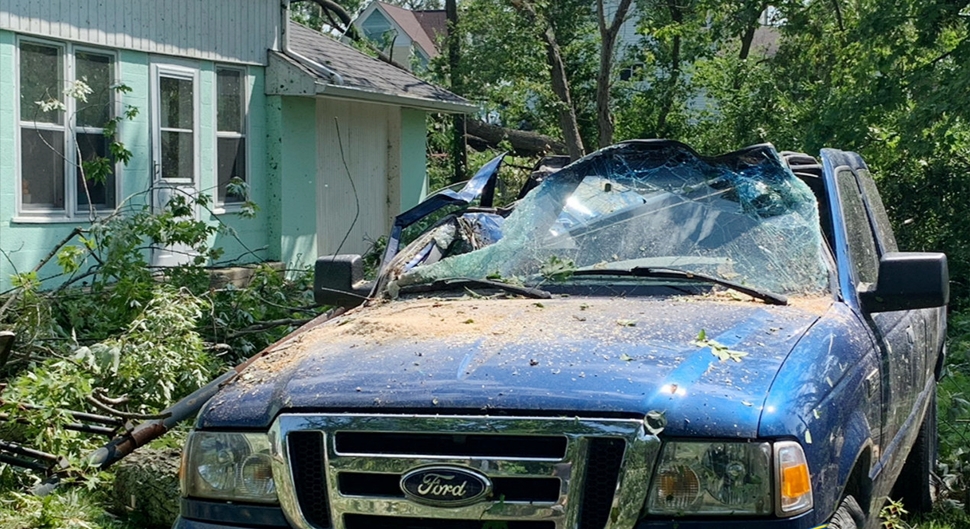 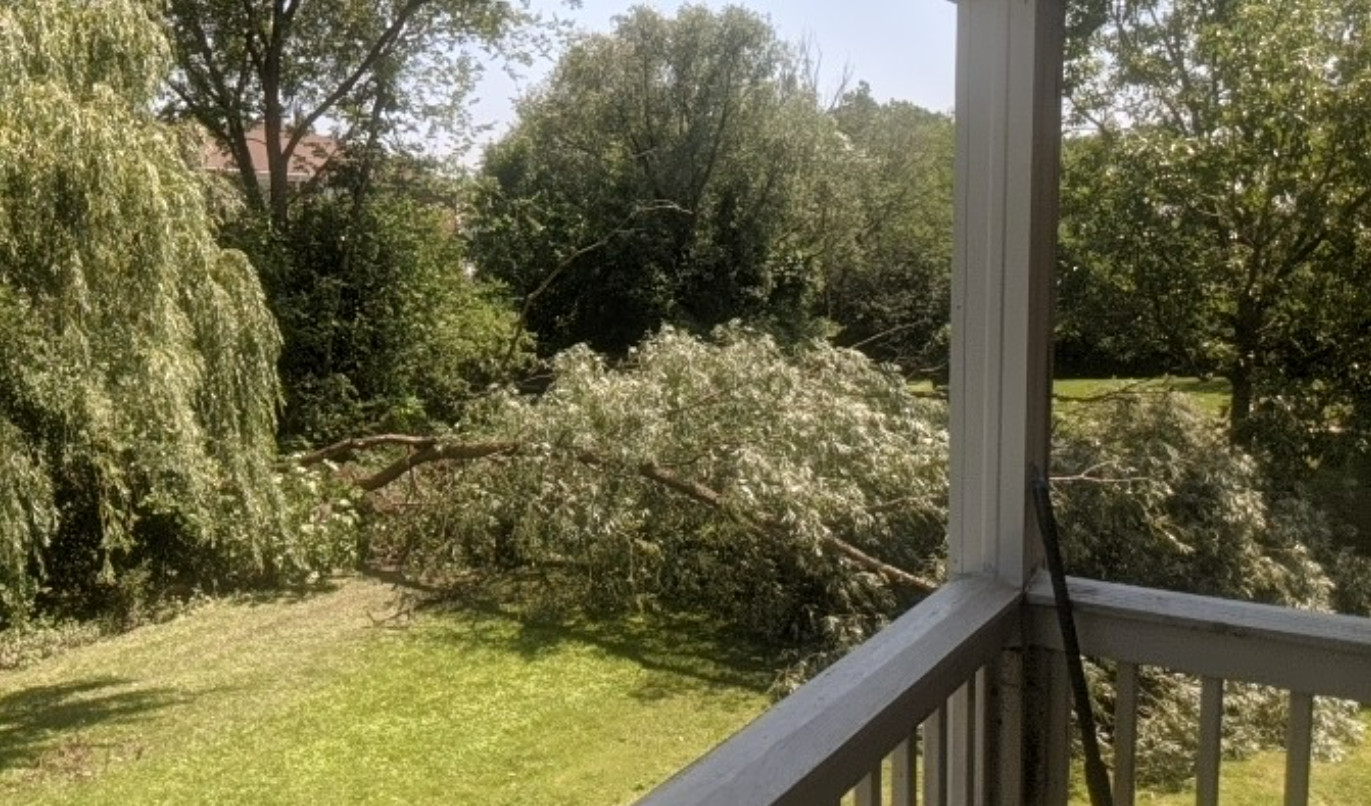 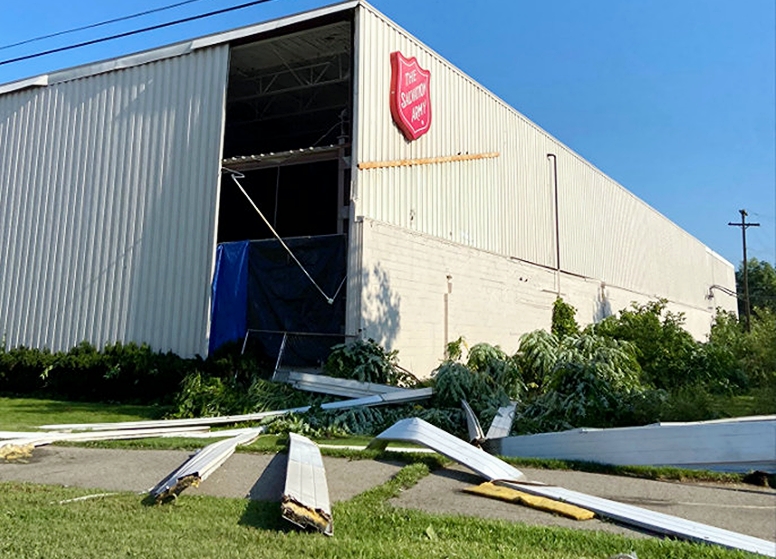 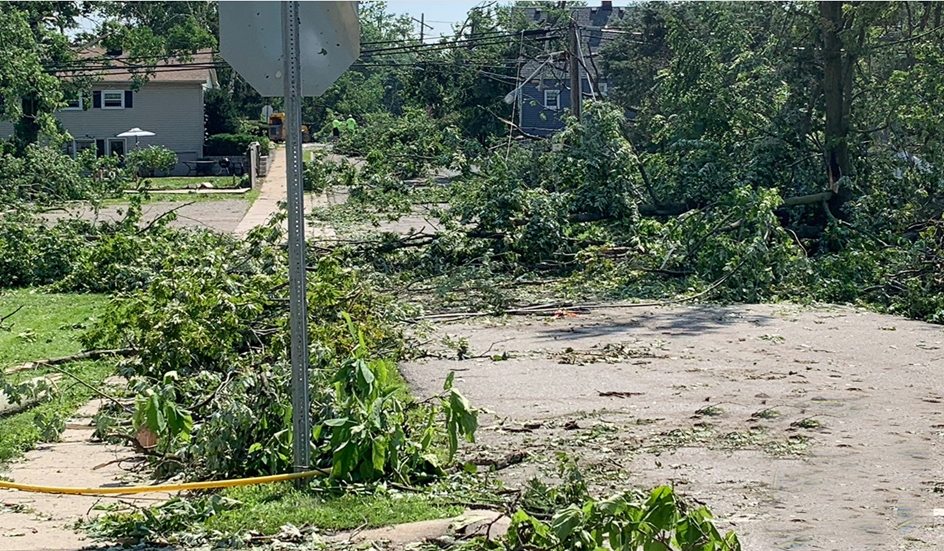 White Lake Township tree awaits a chainsaw and chipper. "Pretty crazy how many trees were completely uprooted," @SunnyDani tweets with her photo.

Another shot by Megan Tarcea, a 2020 Waterford Kettering High School graduate, who tweets: "It's not every day that your hometown gets messed up by a tornado." 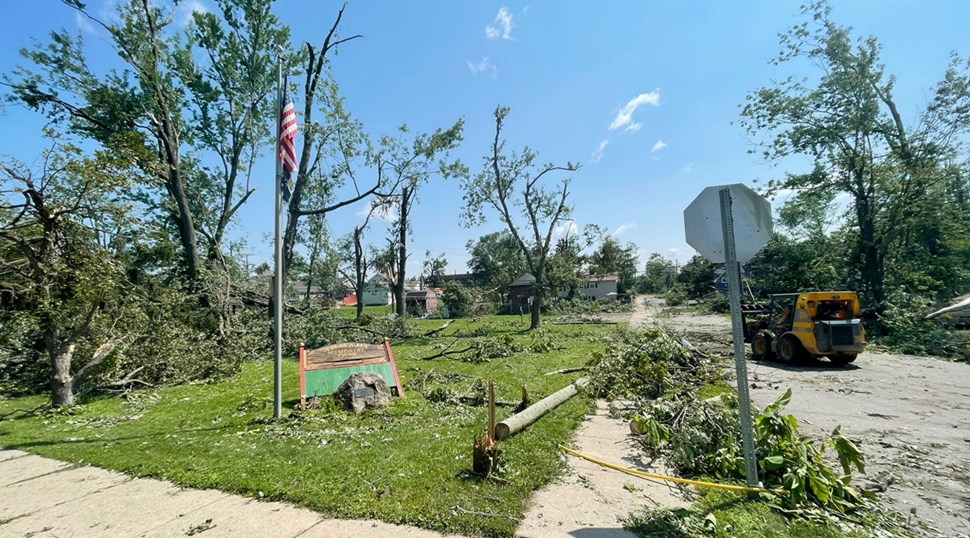 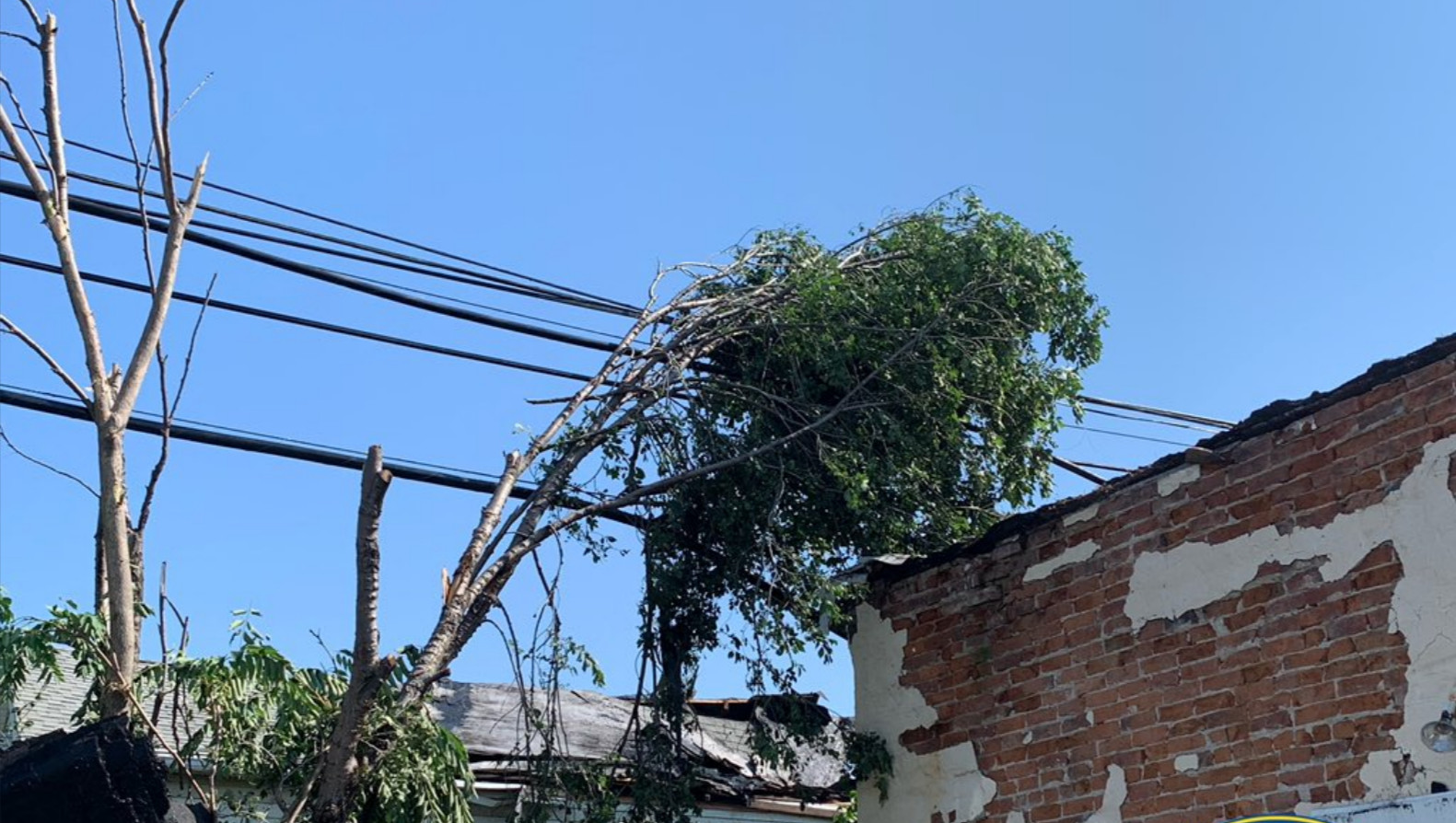 Battered Armada is a township of about 1,700 people. (Photo: Michigan State Police) 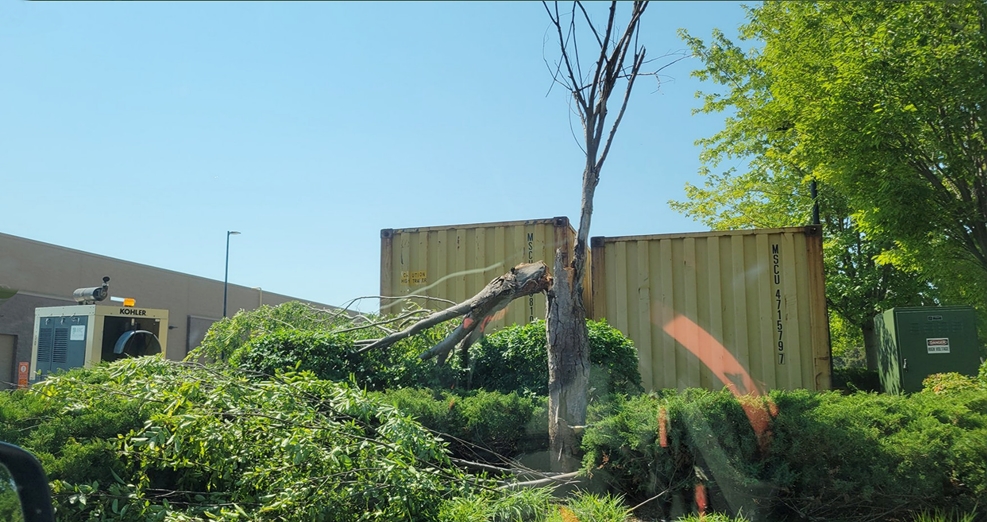