The 21-year-old from Lincoln Park climbed past a barrier at the Miners Castle outcropping in Pictured Rocks National Lakeshore and slipped into Lake Superior when crumbly sandstone gave way, authorities say.

He hit a cliff face during the accident around 7 p.m. Saturday while visiting the park with friends, a National Park Service statement says. He was pronounced dead when rangers and an Alger County Sheriff's Department rescue team reached his body. 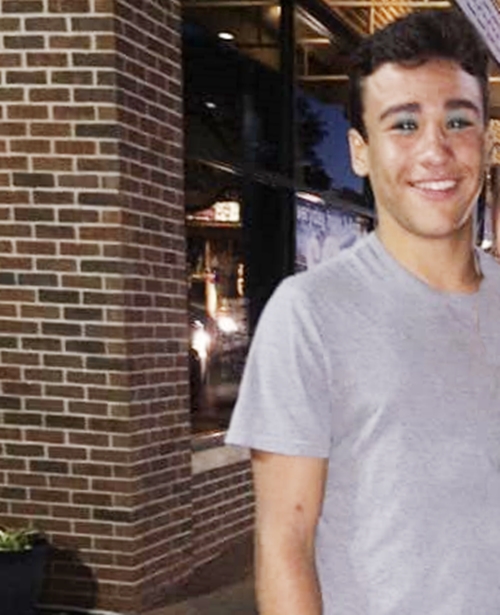 The Metro Detroiter and his group "went to the area near the upper viewing platform," according to the release.

For some reason Rotondi stepped over a fence that runs along the top of the cliff, appeared to lose his footing near the edge, and fell approximately 100 feet to the cliff face below and then into Lake Superior.

Miners Castle is the best-known landmark at the popular attraction east of Munising. It's the only cliff area in Pictured Rocks reachable by vehicle. From the overlook, visitors can see Lake Superior's expanse and Grand Island.

Rotondi was born in Garden City and raised in Novi with a brother, Tommy, and two sisters, Kylie and Alexis. He graduated in 2018 from Novi High School, where he played varsity football as a cornerback and wide receiver. He was about to begin U.S. Navy service in November, according to a friend's social media tribute.

Another stunned friend, schoolmate Corey Tate, posts Facebook videos and photos Monday to show "only a fraction of some good memories I have with Dominic Rotondi ... my brother and my best friend. ... Now all I can do is reflect on the times we had."

MSU student Ally Pringle of Novi recalls the victim as "such a kind person," commenting on Facebook: "I don't think I ever saw him without a smile on his face."