This was no emergency, just a first-of-its-kind drill in case Michigan Air National Guard pilots need an off-base landing strip.

A-10 Thunderbolt II combat jets landed and took off Thursday morning on a state route west of Alpena in the northeastern Lower Peninsula to confirm it could be done. 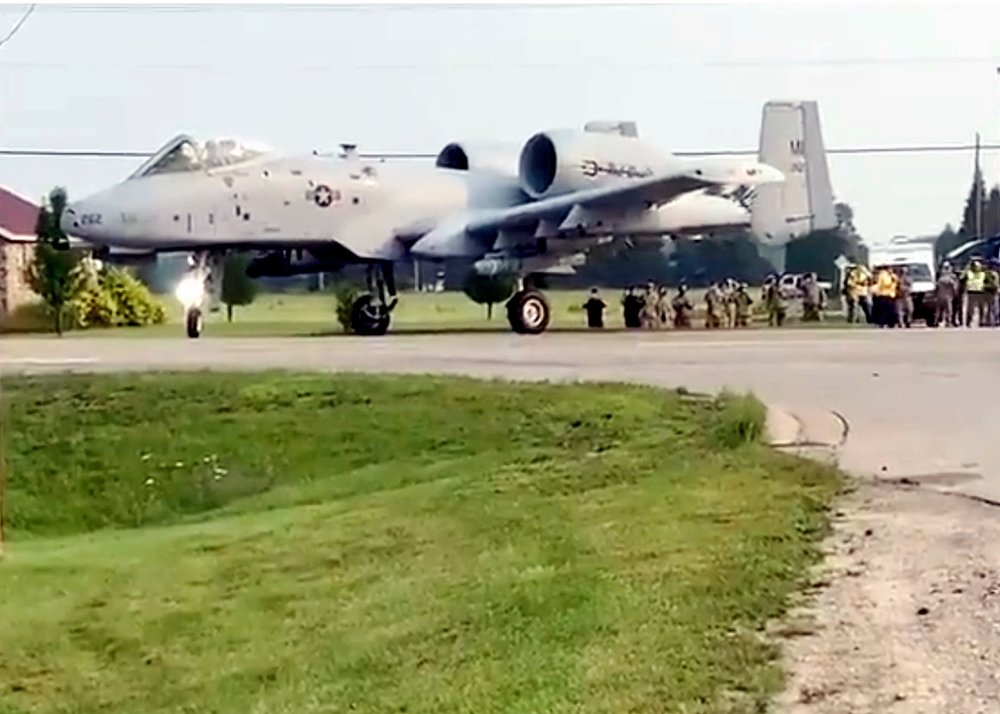 "They're landing combat aircraft on M-32 to practice and simulate an emergency landing, if they had to, on a highway or freeway," Lt. Derrek Carroll of the Michigan State Police tells WWJ in Detroit.

"It's a good stretch of roadway," Carrol said. "They've removed some power lines, and let the residents know they will be without power for awhile, just to make it safer for the planes."

The exercise involved the Michigan Air National Guard's 127th wing, based at Selfridge in Harrison Township, and took place near the Alpena Combat Readiness Training Center on a road portion blocked for five hours.

"This is believed to be the first time in history that modern Air Force aircraft have intentionally landed on a civilian roadway on U.S. soil," says a statement from Air Force Col. James Rossi, commander of that training center.

No speeding citations were issued during the exercise. pic.twitter.com/isAoy05FoV

Michigan this morning, A-10C takes off from the M-32 highway west of Alpena. pic.twitter.com/Qw14iA51nI