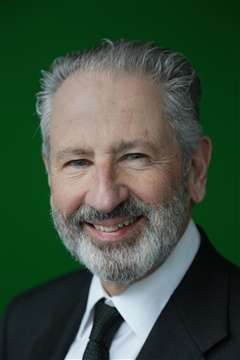 Herschel Fink, a former Detroit News reporter and editor who went on to become one of the preeminent U.S. media lawyers, is switching law firms and going to Hertz Schram, which has offices in Bloomfield Hills and Detroit.

Over the years, Fink has represented reporters at the Detroit Free Press, Fox 2 and Deadline Detroit. Fink has also represented stars in First Amendment and intellectual property cases, including Jay Leno, Dr. Dre, Michael Moore, Stephen King and the Temptations.

He will be "of counsel" for the firm, which is expanding its entertainment and media practice.

Fink's switch creates talk in Detroit legal circles, where he has been a fixture for nearly 50 years

Fink was a senior partner at the Honigman firm, where he headed its media law practice for 35 years. He was last "of counsel" at the Southfield and Detroit firm of Jaffe Raitt Heuer & Weiss.

In 2019, the State Bar of Michigan honored Fink with the John Hensel Award, which is given annually to a lawyer who has made a notable contribution to arts, communications, sports or entertainment in Michigan.

Fink helped quarterback a landmark Freedom of Information Act lawsuit for the Detroit Free Press in the Kwame Kilpatrick text message scandal that led to the mayor's downfall and resulted in Freep reporters Jim Schaefer and M.L. Elrick winning the Pulitzer Prize.

He successfully defended filmmaker Michael Moore in a lengthy federal court libel battle with James Nichols, brother of Oklahoma City bomber Terry Nichols, who claimed he was unfairly portrayed in the Academy Award winning movie "Bowling for Columbine." And he defended Jay Leno from a libel claim over a joke on his NBC late night show.