LeDuff: With Cuomo gone, perhaps the spotlight will turn to Whitmer and Michigan's nursing home deaths 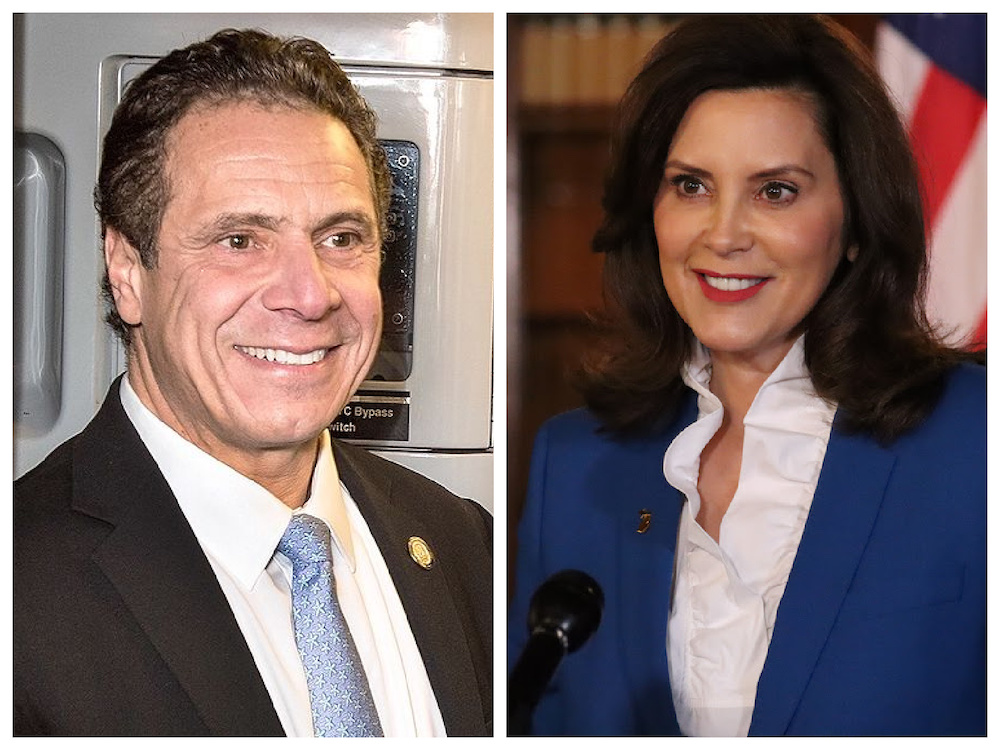 Just a few days before Gov. Gretchen Whitmer disembarked on her secret flight to Florida last March, on a billionaire's private jet, she took time to make a quick CNN appearance, this time to weigh in on New York Gov. Andrew Cuomo's mushrooming cloud of sexual harassment accusations.

“These are serious allegations,” she told host Jake Tapper. “If accurate and true, I think we have to take action.”

The report is in and the Creeposaurus from Queens is out – though Cuomo said he needs two full weeks to pack his bags.

It's my guess that Whitmer, the next most overexposed governor in America after Cuomo, will now get her turn under the interrogation lamp.

It's worth remembering that Cuomo's troubles didn't gain traction when his first accuser, former aide and Manhattan borough president candidate Lindsey Boylan, posted a series of tweets about it last December.

It was the coverup of nursing home deaths, and the damning report issued by New York Attorney General Letitia James – showing the Cuomo administration had underreported them by 50 percent – that set his fall in motion.

In a thuggish effort to keep a lid on the scandal, Cuomo called in February to threaten State Rep. Ron Kim, a Democrat from Queens who was busy bathing his children.

Kim said Cuomo threatened to “destroy” him if he did not retract a quote claiming that Cuomo had withheld nursing home death data from the Department of Justice because he was “trying to dodge having any incriminating evidence.”

Kim went public about the bullying phone call. And soon after, a waterfall of women with stories of their own came crashing down on Cuomo. Suddenly, reporters started quoting Boylan.

And so did Attorney General James, who, ironically, counts Cuomo as one of her chief political patrons. That is, until she she kneecapped him with the nursing home investigation, and fired the kill shot with the sexual harassment report. With Cuomo gone, who knows? It is New York political tradition that the attorney general is next in line for the governorship.

Here in Michigan, meanwhile, after Attorney General Dana Nessel called the barber of Owosso an immediate threat to the public for flouting state Covid restrictions, and had the owner of a Holland pizzeria arrested for refusing to close, she came to the curious conclusion that there was no good reason to investigate nursing home deaths in Michigan.

This despite the revelation in this column space that the Whitmer administration had indeed conducted an internal count of deaths in long-term care facilities last summer. Indications are the death toll was likely underreported to the public. But that audit has never been made public and the state claims it abandoned it before it was completed because the administration considered it to be “too time consuming.”

Don't bet on Nessel chasing that one down. With the Flint water prosecutions slowly slipping away from her, and her approval rating bouncing in the basement of 40 percent, she will need Whitmer's coattails to deliver her a second term.

But Whitmer's coattails may be no longer than a cummerbund. The Michigan Auditor General has taken up the task of recounting the number nursing home deaths. And if those findings turn out to be anything like James found in New York, Michiganders will have a front row seat to the wildest governor's race of 2022, now that they don't have Cuomo to kick around.