DTE says burying lines is hard, costly and not 'the foolproof solution' to storm blackouts

Underground lines are installed during construction of new subdivisions, as ordered by the Michigan Public Service Commission. (Photos: DTE Energy)

This commentary by a senior communications strategist for DTE Energy is reposted from the utility's blog. As of  6:30 a.m. Sunday, about 107,000 of its customers still were without power following Wednesday's night's storm.

"Why not bury power lines" is a question we get often, especially after our customers lose power. While burying power lines may seem like a logical solution, the reality is putting lines underground (or "undergrounding," as they say in the business) isn't the foolproof solution customers believe it to be. In addition, the process is very expensive, and in some cases, quite difficult.

Burying existing overhead power lines carries a hefty price tag – about six times the cost of installing overhead lines. Costs to bury the thousands of miles of overhead electrical lines in Michigan are estimated to be in the neighborhood of $25 billion to $30 billion – an expense that would have to be borne by all utility customers.

Burying lines in customers' front and back yards would disrupt everything from existing trees and their root systems, to swimming pools and swing sets. Established structures such as sidewalks, street surfaces, curbs and driveways would also be affected.

Where feasible, DTE has been installing increasing amounts of underground cables. Since 1970, underground lines have been installed exclusively during the construction phase of all new subdivisions – at the expense of developers and without the impact to existing infrastructure. 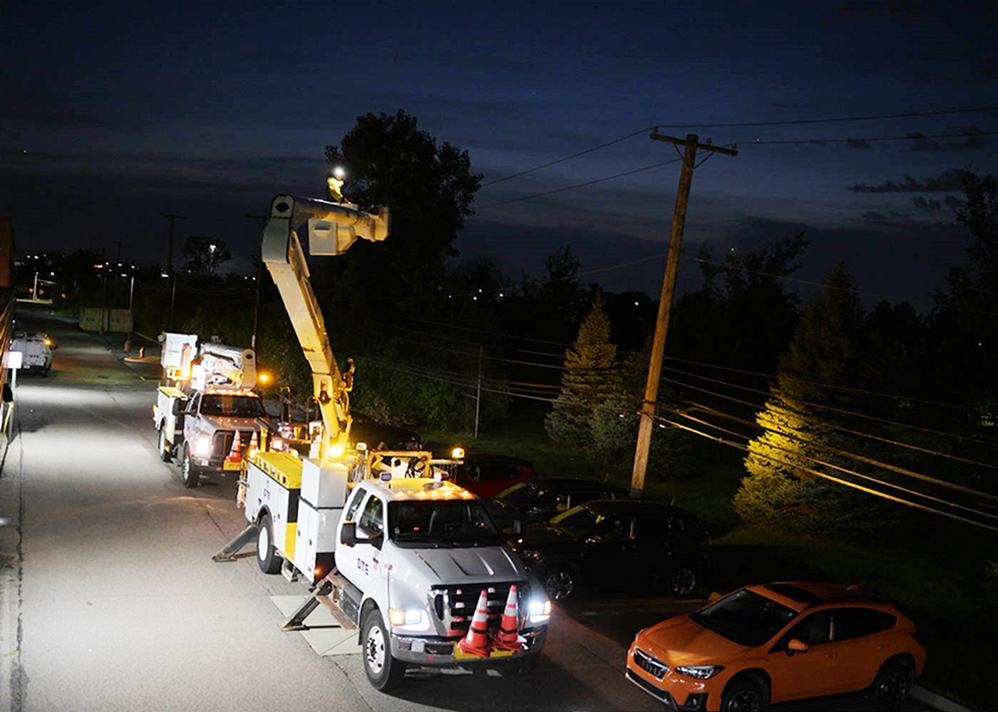 Repair crews working Thursday after the latest mass outages in Metro Detroit and beyond.

While it's true that underground lines can prevent some weather-related problems, customers served by underground facilities are not immune to power outages.  Underground power lines can be damaged in a number of ways, such as during landscaping, construction excavation or road repairs.   Buried lines also include above-ground equipment such as transformers and circuit connections, meaning they still can be damaged during a storm. Underground lines also can be affected by moisture, corrosion and even burrowing animals.

Maintenance of underground lines also is more difficult. Because the lines are hidden from view, diagnosing and locating problems becomes more challenging, so outages can take longer to fix, as crews would have to dig up the cable to make repairs. In addition, the life cycle of buried lines is about 30 to 40 years, while overheard lines last about 60 years.

Burying power lines isn’t the only way to respond to storm-related power outages — and in many cases it's not even the most effective strategy.

At DTE Energy, we're working to build a smarter, stronger energy grid that will reduce power outages and provide energy for the future.  Every year we’re making significant investments in our infrastructure — constructing new substations, upgrading poles and wires, installing new technologies and trimming overgrown trees along power lines— to bring you safer, more reliable energy and peace of mind.

'We lag behind other states' in length of power blackouts, Michigan utility regulator says, Aug. 14