Detroit Reddit has a new piñata to poke: The Republican who ran against Rep. Rashida Tlaib posts a mostly nasty farewell to the Boston Edison area where he and his wife sold their five-bedroom house.

A screenshot from Nextdoor went up early Thursday at r/Detroit and generates 250-plus comments in a day. 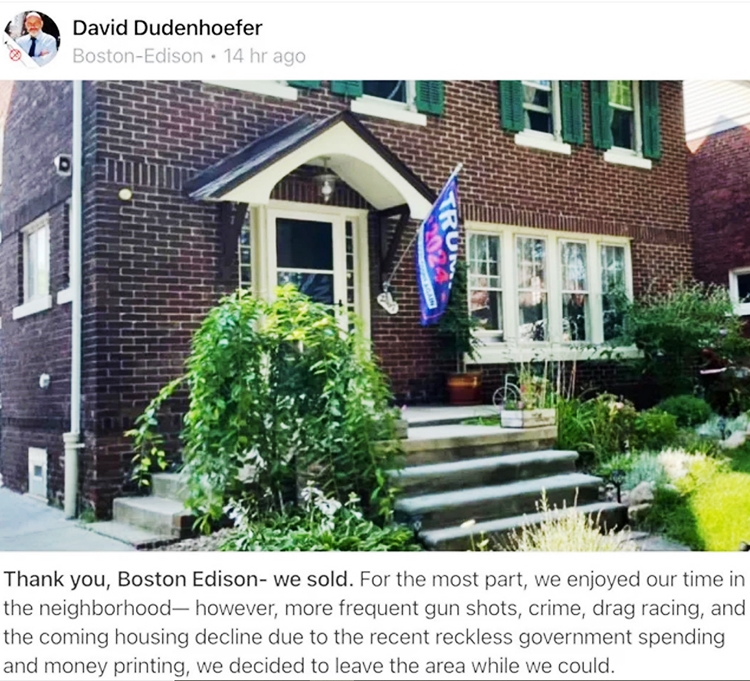 Repost at Reddit's Detroit forum by a user going as "thinkingzen."

"For the most part, we enjoyed our time in the neighborhood," David Dudenhoefer said under a photo of their two-story brick home with a Trump 2024 flag out front. "However, [because of] more frequent gun shots, crime, drag racing, and the coming housing decline due to the recent reckless government spending and money printing, we decided to leave the area while we could. ... We pray for all of you."

The 49-year-old doesn't say what supposedly safer and more tranquil sanctuary they moved to with a young daughter. The home at 2467 Edison St., between Linwood Street and La Salle Boulevard, went for $265,000 last month, a Redfin listing shows.

"Don’t let the door hit yer ass on the way out," says one reaction on a Reddit thread sarcastically titled "Can't believe this family left Boston Edison." Other cracks:

Dudenhoefer got 53,311 votes (18.6%) last November as a first-time candidate challenging Tlaib, who won a second U.S. House term. Campaigning as "Dude for Liberty," the newcomer proclaimed that he's "the only Republican with experience and who resides in our district." He was nominated with 47.6 percent of the votes in a three-way primary and was endorsed over Tlaib by The Detroit News.

Immediately after losing, he formed Dude PAC for Freedom, a political action committee "committed to replacing Squad members in Congress." Tlaib is among progressive Democrats pictured with a "cancel the Squad" message atop his Facebook page.

A mini-bio on Ballotpedia, a political information site, says:

Dudenhoefer was born in Detroit, Michigan. His professional experience includes working in the Detroit gaming industry. 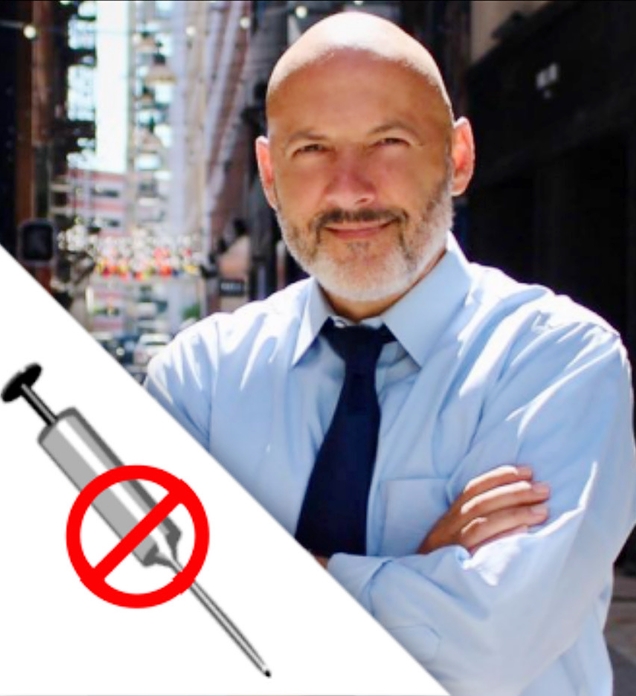 The Campaign for Liberty is a nonprofit founded by former Congressman Ron Paul of Texas in 2008.

In addition to his snippy Boston Edison farewell, Dudenhoefer also isn't shy about popping off on Facebook, where he has 8,255 followers. Posts this week have phrases such as "progressive pansies" and "media propaganda about January 6th." Also posted recently is an anti-mask comment about "face diapers" and a claim that "quackcine passports are at our doorstep."

He earlier criticized the federal Covid response in a pre-endorsement video interview with Detroit News deputy editorial page editor Ingrid Jacques. "Since the defense of liberty is of utmost importance, today's overreaction to a health scare by our government at all levels has unmasked the deeply flawed philosophy of government control over the people and the economy," the congressional longshot said last fall.