An executive at Big Boy Restaurant Group, an 85-year-old brand, is refreshingly frank as he tells a Detroit writer why the company jumps aboard the NFT blockchain bandwagon.

"Instead of always being a step behind, this is us staying current with the times — to be the very first restaurant with its own collection of NFTs," [marketing manager Patrick] Blake said. "It's something that we're going to be able to get out there to a younger demographic."

"Always being a step behind" isn't typical talk from a marketer about the hand that feeds him. Then again, neither is a burger chain with limited-run digital cards featuring its roly-poly mascot.

Kurt Nagl has the fill at Crain's Detroit Business:

Big Boy is scheduled to launch a release of NFTs (non-fungible tokens) on Aug. 31, the company announced Wednesday. The digital collectibles will be created by Everett, Wash.-based toy maker Funko Inc. and available for purchase via the Worldwide Asset Exchange, a blockchain platform for buying and selling digital tokens.

A select few packs will include tokens that can be redeemed for physical figurines, including a first edition Big Boy with the original mascot design. ...

[Blake] expects the NFTs to be sold out within two or three hours after launching at 2 p.m. Aug. 31. The company said it will not sell more after the first batch is gone. 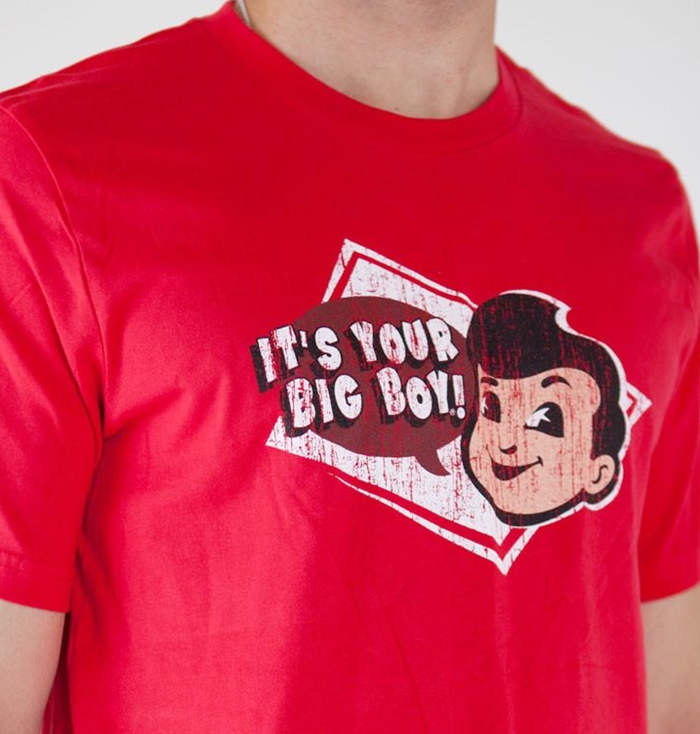 This merch is another example of the image makeover. (Photo: Big Boy Restaurants)

Big Boy, which has 62 sites in Michigan, hopes this will help bridge its generation gap and uncool image. "The younger audience might not be familiar [with us]," the marketing manager tells Crain's, "but their parents or grandparents might have a passion for it, and this is something that'll bring them together."

Nagl helpfully leads the uninitiated through this unfamiliar realm:

NFTs are digital assets that represent real items — anything from artwork to cards and tickets, or now, the iconic Big Boy mascot. Each has a unique digital signature distinguishing it from other digital assets. NFTs are typically one of a kind or rolled out in small quantities, keeping the asset scarce, and theoretically, the value high. They are also typically bought and sold on a blockchain, which is a public ledger that records transactions.

Basically, an NFT is a digital collectible that can be easily authenticated in a wild internet world full of knockoff GIFs and stolen memes.