Dave Massaron, Detroit's former chief financial officer who joined the Whitmer administration in December, is leaving that post to take a job in Detroit again. He'll be CFO of Wayne State University. 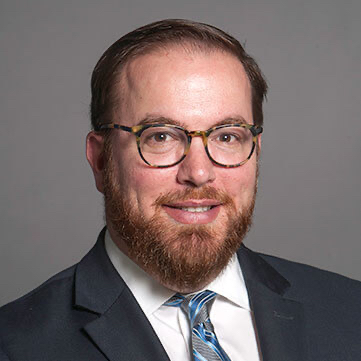 No reason was given for Massaron's exit less than a year into his term as state budget director, but a Free Press story on the move implies it was tied to clashes with the GOP-controlled state legislature over spending Covid-19 emergency relief funds.

Although Congress, under former President Donald Trump and President Joe Biden, allocated billions of dollars in relief to Michigan, the Republican-controlled Legislature initially balked at distributing huge portions of that funding.

Instead, the Legislature tied funding to bills that aimed to strip away pandemic powers from the governor's office. Whitmer vetoed the bills as expected, but the legislative move and her action delayed allocating more than $1 billion in assistance.

...Lawmakers eventually worked with Massaron and the administration, allocating more than $6.6 billion in federal relief.

The state has still not finalized a budget, either, passing a July 1 deadline. Whitmer said Massaron would remain in his office through September, the end of the state's fiscal year.

In a statement, Whitmer said, “Thanks to Dave’s leadership, we continued to put Michiganders first and worked across the aisle with the Legislature to make several game-changing investments, including the largest education investment in state history, without raising taxes."

Massaron's title at Wayne State will be chief business officer and CFO/senior vice president for finance and business operations and treasurer, the university announced.

Massaron was part of Mayor Mike Duggan's team post-bankruptcy, and is credited with "five years of balanced budgets post-bankruptcy, implementing a $1.8 billion capital investment strategy to improve city infrastructure and facilities, and developing the crisis management strategy to deploy federal funds and reduce city expenses during the Covid-19 pandemic to ensure continued solvency for the city," according to a WSU press release on Friday.