Winston Churchill was the first to say, "Never let a crisis go to waste," but defense contractor and mercenary army founder Erik Prince is only the latest to take it to heart. 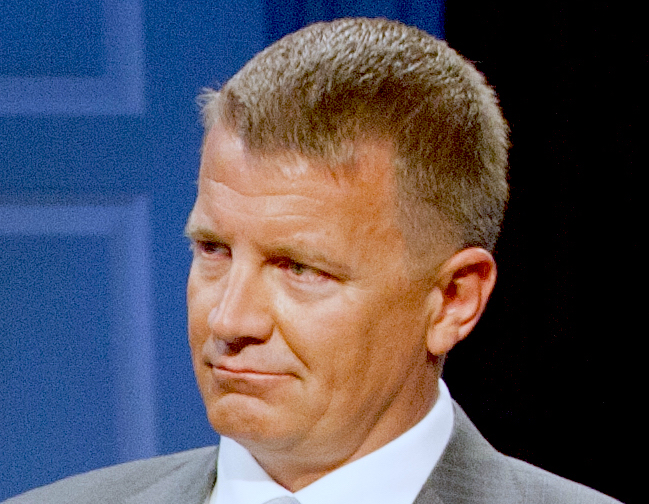 The Wall Street Journal reports that the Grand Rapids native who's the brother of former Education Secretary Betsy DeVos is running charter-flight extractions from Afghanistan, priced at $6,500 a seat:

A disparate group of American veterans, military contractors, aid workers and former spies is scrambling to get as many people out of Afghanistan as they can before President Biden shuts the window for rescues in coming days.

... Erik Prince, the American defense contractor, said he was offering people seats on a chartered plane out of Kabul for $6,500 per person. U.S. and NATO forces are sending special rescue teams into Taliban-controlled areas of the city to spirit their citizens into the airport. And countless Afghans who thought the U.S. would protect them after having assisted the U.S.-led coalition forces in the past two decades are now realizing they will most likely be left behind.

Prince is best-known as the founder of Blackwater, a for-hire security force that was used extensively in Iraq, and was connected to a slaughter of civilians there. Prince subsequently sold the company and now works in private equity.

When asked about Prince's service, White House press secretary Jen Psaki said, “I don’t think any human being who has a heart and soul would support efforts to profit off people’s agony and pain if they’re trying to depart a country and fearing for their lives.”