Two die in recent Detroit hit-and-runs, one a 4-year-old 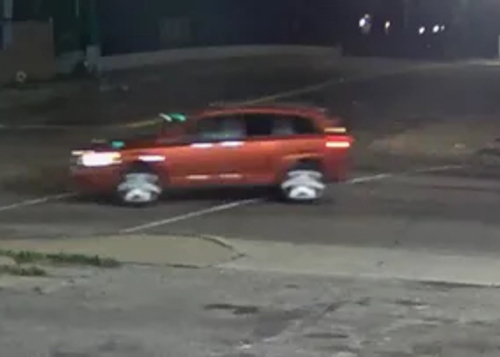 The car in question. (DPD photo)

Detroit police are looking for the driver of a 2014 Dodge Journey in connection with a fatal hit-and-run of a cyclist last week. And another driver turned himself in after hitting a 4-year-old boy at an east-side gas station last night.

In the first incident, the Detroit News reports:

The victim was riding his motorized bicycle west on East Outer Drive near Gunston around 12:36 a.m. Aug. 19 when a SUV struck him, investigators said.

The driver fled west on Outer Drive in what authorities believe is an orange 2014 Dodge Journey. It was captured on surveillance footage near the scene.

Police released a photo of the suspected vehicle from a Project Green Light camera.

The second occurred sometime last night, although details are sketchy. WDIV has a few:

According to police, the young boy was fatally hit by a vehicle at a gas station near Seven Mile Road and Hoover Street.

Authorities said the driver initially fled then scene, but later turned himself in to police.