Billionaire Matthew Moroun’s bridge company is attempting to take over part of a parking lot used by Green Dot Stables for at least 35 years, a move the restaurant’s owners say is the latest salvo in a David-versus-Goliath dispute stemming from their refusal to sell their property.

Claiming that a recent deed review revealed that it owns the land, the Detroit International Bridge Company (DIBC) on Tuesday morning installed a fence blocking nearly half of the Southwest Detroit restaurant’s spaces, as well as its access to a Dumpster and storage unit that holds items like napkins, pop and condiments. A manager’s car was also fenced in and left inaccessible at the restaurant on W. Lafayette Blvd. 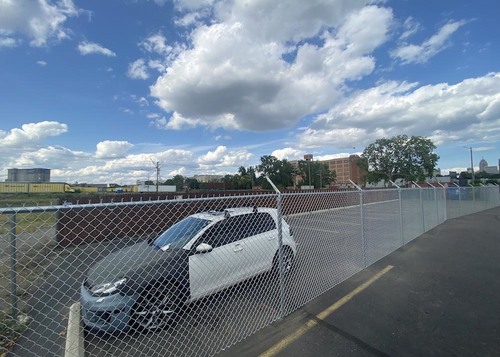 Green Dot co-owner Jacques Driscoll said a DIBC employee told him the Morouns were “bitter” that they didn’t buy the restaurant before him in 2011. Another company employee told Green Dot to be prepared to go to the Michigan Supreme Court, Driscoll said, which he viewed as a threat to drag him into a costly legal battle.

He said he negotiated in good faith, but that the Morouns turned down all of his offers and put up the fence.

“I’m nervous because I'm not trying to poke the bear here — these are not people who I want to be going to court with — but now I’m a little pissed off,” he said.

Green Dot filed an injunction in Wayne County Circuit Court last Friday after Driscoll says the DIBC started marking off the parking lot for a fence, but the case hadn’t been heard before it went up. DIBC claims its deed and a survey show that the company owns the land, but Driscoll and his attorney say state law clearly allows residents to take ownership of property that they have been using for at least 15 years. Green Dot also alleges that there’s a “defect” in the deed that raises questions about whether DIBC legally owns the parcel.

A judge on Wednesday granted the restaurant’s request for an injunction, though it’s unclear when the fence will come down, or if the bridge company will appeal.

The dispute comes as Matthew Moroun seeks to “change the narrative” around the logistics empire previously run by his late father, Manuel “Matty” Moroun, whose controversial business tactics sowed discord with neighbors. The younger Moroun has promised a more community-oriented approach, though some in Southwest Detroit question his sincerity.

♦ Support our reporting by becoming a Deadline Detroit member for as little as $3 per month.

In a statement to Deadline Detroit, DIBC spokesperson Esther Jentzen said the company offered a deal to allow Green Dot to continue using the lot and is “disappointed to learn” the restaurant “would rather go to court than execute on the solution.”

“We simply cannot allow them to continue putting their customers and our company at risk,” Jentzen wrote. The DIBC has maintained that it’s concerned about liability in the event someone is injured on the disputed property. 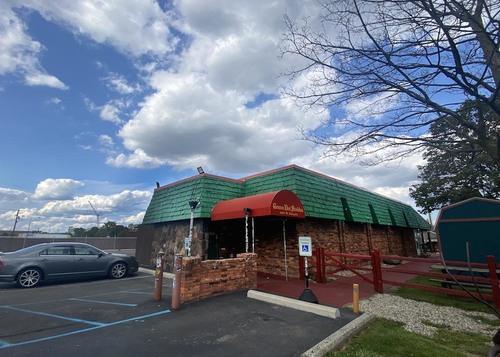 Moroun companies own dozens of acres of land that effectively “surround” Green Dot, Driscoll said, and DIBC representatives have said they’re interested in building a nearby shipping terminal at some point in the future. Such a project would require the closure of 14th Street, a little-used dead end road that connects to Green Dot’s parking lot. Driscoll said he agreed to the closure.

Instead, he says, a bridge company representative pressured him to sell and provide an asking price. Driscoll said he’d consider giving up the restaurant for $15 million; the company countered with an offer of $300,000.

“He said ‘We don't want you to think we’re insulting you,’ and I was like 'Well, it is insulting, but OK,’” Driscoll said, adding that he suggested he lease the land from DIBC for 20 years at a rate of at least $300 per month and waive any liability for the company until the two sides determine who owns the land. However, DIBC countered with $1,000 monthly rent, and a month-to-month lease.

Driscoll said he sent an email to DIBC offering to buy the property and requesting a meeting with Matthew Moroun, but the company replied that it was ceasing all contact with Green Dot.

“We wanted to try to be reasonable, to try to resolve this in a civil manner, but they’re scumbags,” Driscoll said. “I don’t know why anybody would think this is a reasonable thing.” 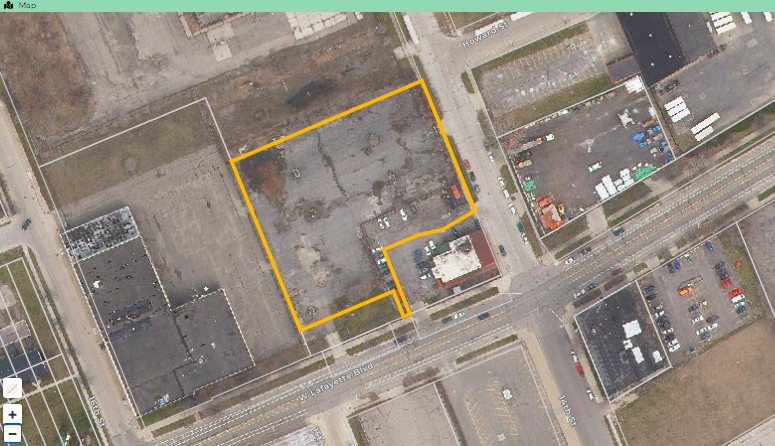 DIBC said in its statement that it negotiated “in good faith to find a solution.”

Green Dot attorney Michelle Harrell said she’s confident that the restaurant now owns the property. She pointed to the “adverse possession” law that allows for ownership in absence of a title, so long as the prospective owner has openly used the land for 15 years, the property owner never objected to the use and several other conditions are met.

Green Dot repaved the lot several years ago, put up a new fence, and it’s clear that Driscoll and the restaurant’s previous owners have been using the parcel for decades, Harrell said.

“It’s hard to miss a parking lot and fence dating back to the 1980s,” the Southfield lawyer said, noting that the restaurant repaved the lot and erected a new fence several years ago.

Harrell also questioned whether the deed is legal. She said it shows that defunct department store Crowley’s sold the land to DIBC on May 3, 1999. But records, she said, show Crowley’s didn’t take possession of the property, which was owned by the Detroit Economic Growth Corporation, until May 4. She said the issue is a technicality but state law is clear that a person or entity can’t sell land that it doesn’t own, and resolving the dispute is simply a matter of “getting it before a court.”

Driscoll said customers can still park on the street, though he’s concerned about what the situation might mean for the restaurant’s business should DIBC take the spaces permanently.

“Losing parking would be pretty bad,” he said. “People say they like coming there because there's a parking lot.”