If he wanted to send a message, maybe he should have tried Twitter. 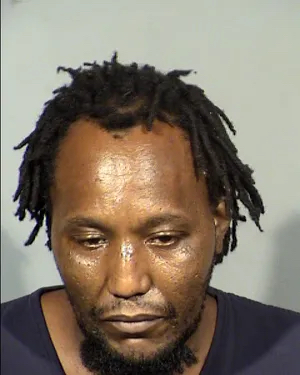 Instead, police say, 44-year-old Dandre Lundy of Detroit used a suitcase and duffel bag containing a rock, a $1 bill, a Bible and various handwritten “scriptures,” which he dropped in the lobby of the Trump International Hotel in Las Vegas. He announced there was a bomb inside, then left. All because, he said, former president Donald Trump had "messed up his life."

Lundy was arrested in a nearby Motel 6.

The 44-year-old, who was wearing an American flag hat, waved to security cameras before leaving in the same pink taxi he arrived in, the filing said.

... "While being detained, without any provocation from detectives, Lundy made an excited utterance of 'Can I get my suitcase back from Trump? I told them it's a bomb, no one got hurt, so there's no crime,'" according to the police report.

A judge later set his bail at $60,000. Lundy remains in the Clark County Detention Center on multiple felony charges.