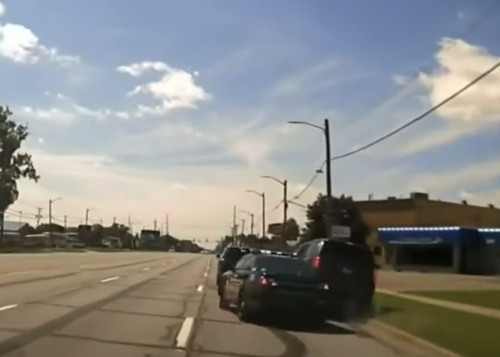 Dramtic video obtained by WDIV shows Macomb County Sheriff's deputies in a chase this week, pursuing a 32-year-old man wanted in connection with the murder of his girlfriend in North Dakota.

The 11-minute pursuit begins in Mt. Clemens and reaches 100 m.p.h. After about 11 minutes, a deputy crashes into the minivan, runs it off the road and arrests Kamauri Siede Kennedy and a passenger.

Kennedy is wanted for federal and state parole violations and the June 3 murder of his girlfriend, Dominique Kelly, whose body was in the trunk of a burning car in Minot, North Dakota.