109,000 Fans Gather for Michigan Game. Is That Safe in This Pandemic? 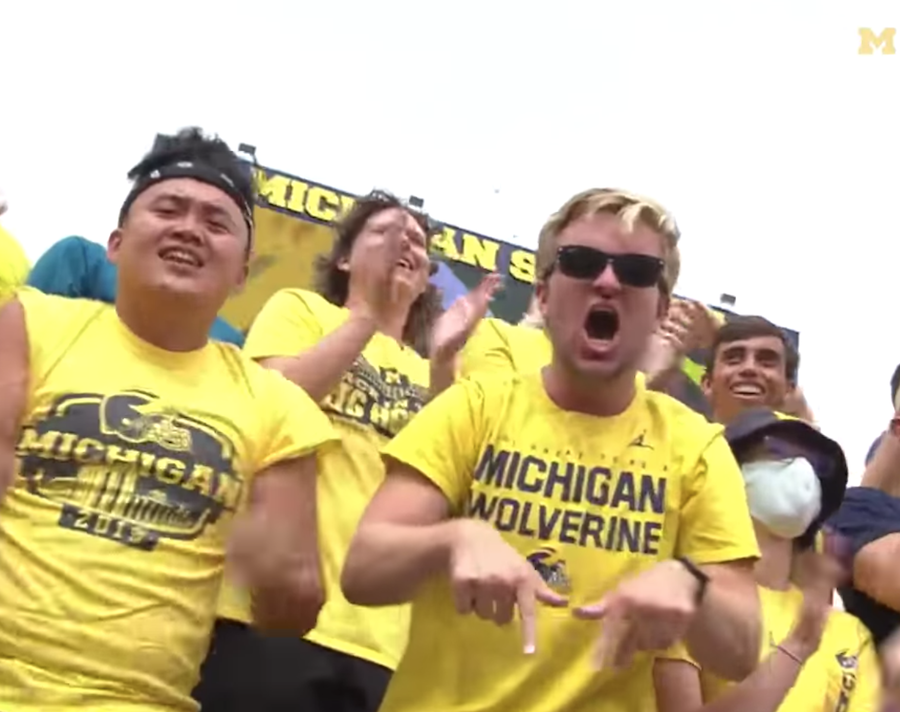 Radio announcers for the Michigan-Western Michigan game marveled at the sight of 109,000 fans on a beautiful Saturday in Ann Arbor. The night before, about 34,000 fans witnessed the match between Michigan State University and Northwestern in Evanston, Ill.

While it's great to see college football alive, is it wise to have such mass gatherings in the midst of a pandemic dominated by the Delta variant?

Kaiser Health News, a highly-respected health publication, reports that six of seven public health experts from big football states it talked to said they were adamant about their response: No way. Not now.

“I am a die-hard sports fan,” said Jason Salemi, an associate professor of epidemiology at the University of South Florida in Tampa. “But I would not go to these events right now.”

Salemi said that with covid cases at their highest level since late January — with the seven-day average case count rising to just over 149,000 as of Monday — and hospitals filling up around the country, there is too much risk even for people who have been fully vaccinated against covid.

While outdoor events are less likely to lead to infection because the air circulation is greater, sitting within just a few feet of 10 or 20 screaming fans watching football, baseball, soccer or an auto race at a stadium reduces that safety margin, he said.

Vaccines greatly lower your risk of being hospitalized or dying from covid, but the dominance of the more transmissible delta variant is leading to increasing numbers of breakthrough infections, some of which do cause uncomfortable symptoms. Getting infected also increases the likelihood of passing the infection to unvaccinated people, who could become seriously ill.