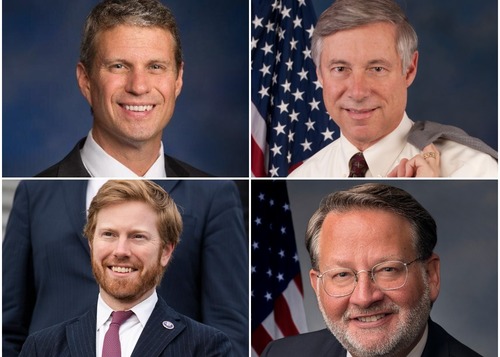 Though their haircuts may suggest otherwise, some Michigan congressmen are worth a pretty penny, with at least four earning more than twice their $174,000 salaries in investments or side businesses last year, The Detroit News reports.

Unearned income disclosures reviewed by the daily show that in 2020:

Though the surplus sums are certainly enviable, they also reflect a troubling conundrum:

Research has shown that economic background matters in terms of the policy priorities that people bring with them into elected office, said Nick Carnes, a political scientist at Duke University's Sanford School of Public Policy.

"When you’ve got people making this money without lifting a finger, there’s going to be a disconnect with voters," said Paul Seamus Ryan, vice president of policy and litigation for the good-government group Common Cause. "Because most Americans don’t live that way."

Michigan's money-making reps, however, hardly compare to Speaker of the House Nancy Pelosi, who sets the body's agenda and reported more than $66 million in unearned income and assets for last year.