Choice should apply to vaccine, not 'only to killing babies on college campuses' -- MSU trustee

In his eighth month on Michigan State's board, Patrick O'Keefe makes a show of his campaign pledge to "protect free[dom] ... for all members of the campus community."

The trustee, whose degrees are in accounting and finance, disagrees harshly with a Covid vaccine mandate adopted two months ago by President Samuel L. Stanley, a Harvard Medical School graduate. The newcomer spoke out Friday during an in-person meeting streamed on Zoom, as The Detroit News relays:

"As to freedom of choice on whether a mandate for a Covid drug is appropriate, I would only offer that it appears 'my body, my choice' applies only to killing babies on college campuses."

Even a freshman could easily show the illogic of equating a woman's pregnancy decision with a public health safeguard amid a pandemic. Still, O'Keefe did tell voters where he stands: "Pat is a true conservative who believes the voices of conservative students at MSU have been silenced for too long."

At the semester's first board meeting, the 1976 alumnus elected last November also voiced concern about "side effects for young men and women of child-bearing age."

The State News presents this response from Stanley, a microbiologist and professor of medicine:

"I think [vaccines] are one of the most powerful and one of the few tools we have to protect people from disease and that's what vaccines do. These are not drugs to treat diseases, this is a vaccine that helps prevent disease." 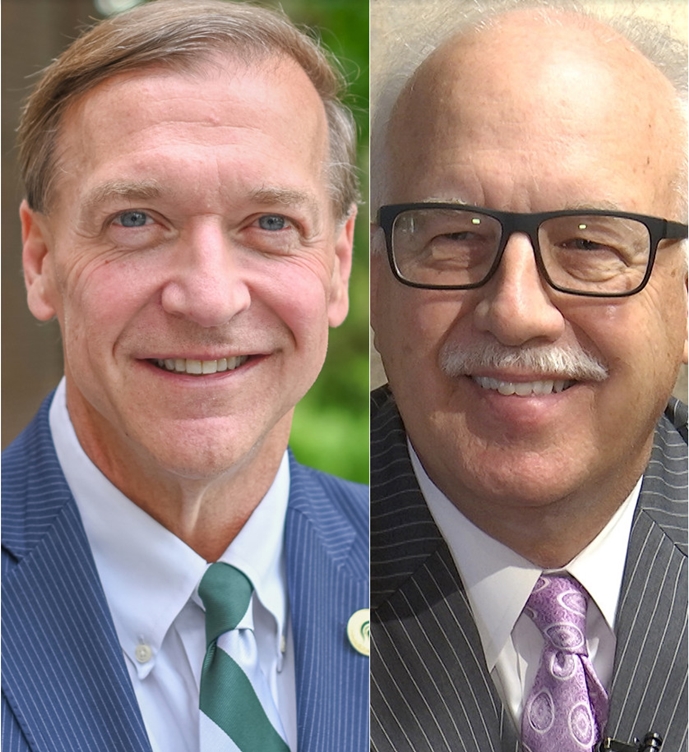 In its coverage, The News says the dissident trustee "argued that coverage from the vaccine was not complete [and] complications were not well-documented."

"It does not follow the science; it follows the herd," O'Keefe said of the mandate. "People who demand we follow the science appear remarkably disinterested in the nuances and uncertainties of the research they believe supports this ideology." ...

O'Keefe's comments came after the board voted unanimously to affirm that under university bylaws the "president had, has and shall continue to have the authority to issue the directives orders and policies related to Covid-19, including the vaccine directive."

The board newcomer, a native Detroiter raised in St. Clair Shores, earned a master's in finance at Wayne State in 1982. He's founder and chief executive of a management consulting and turnaround advisory firm in Bloomfield Hills. His MSU term runs through 2028.

The campus newspaper reporter at the meeting tweets vaccination data: