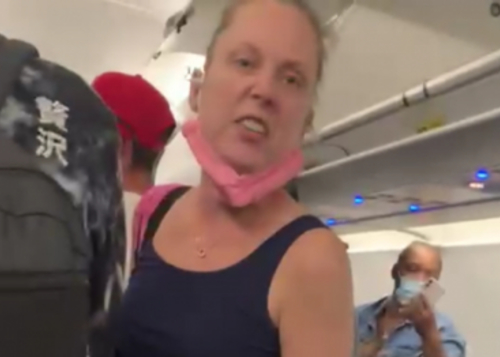 A Roseville woman has been charged with ethnic intimidation and assault for allegedly calling a Muslim woman wearing a head scarf a terrorist and hitting her during a Spirit Airlines flight to Detroit on the anniversary of 9-11.

Alexandra Farr, 39, allegedly hurled the slur at Aicha Toure and struck her phone from her hand as she recorded the confrontation, the Wayne County Prosecutor's Office says.  She's due to be arraigned on the charges Friday.

According to the Council of Islamic Relations, Farr was acting belligerently on the flight and targetted Toure when she intervened on behalf of another passenger. They advocacy organization had urged she be charged with a hate crime.

In addition to the intimidation and assault charges, Farr is charged with disorderly conduct. All three are misdemeanors.