James Craig Slips in Poll Among Detroiters In 2022 Governor's Race 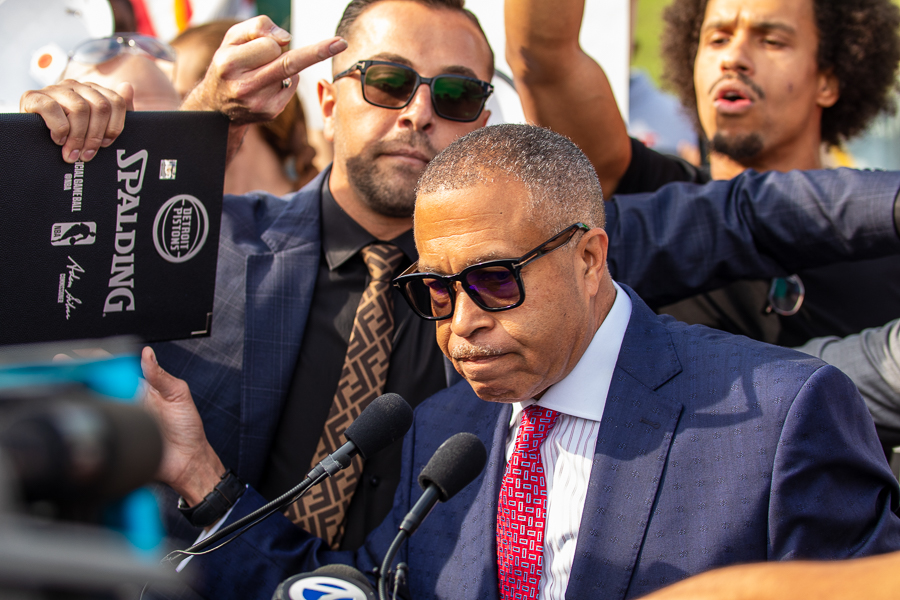 A new poll shows ex-Detroit Police Chief James Craig slipping 6 percent since July against Gov. Gretchen Whitmer among Detroiters, a group he hopes to capitalize on because of his ties to the city.

The poll conducted by Target Insyght of Lansing after Craig announced his candidacy last week shows Whitmer with 87 percent of the vote among Detroiters compared to 8 percent for Craig, with 5 percent undecided. That's down from 83 percent for Whitmer and 14 percent for Craig in July.

The latest poll, conducted Sept. 16-17,  involved 400 active voters. It has a margin of error of plus or minus 5 percent.

Ed Sarpolus, founder and executive director of Target Insyght, said the poll points to Craig's vulnerabitly considering Republicans hope Craig can fare far better than the average GOP candidate in Detroit because of his ties to the city and the fact he's Black. He's a relatively unknown commodity in the rest of the state, Sarpolus said.

"We've done two polls in Detroit and we don't see any bounce from his announcement," Sarpolus said. "Where does he go from here? He's old news now. How does he stay relevant?"

"The people in the area that know him best are not jumping on the bandwagon."

Craig was embarrassed last week when he tried to officially announce his candidacy on Belle Isle but was shouted down by protestors.  A short time later, he made the announcement in a more secure spot.

Sarpolus said Craig looked weak and unprepared when he made his announcement. He also said Craig continues to wear sunglasses during his public appearances, which he believes is a bad image because voters want to see his eyes.

"Even Joe Biden takes off his sunglasses," Sarpolus said.

Sarpolus says Craig is also running into problems because he's refusing to take a stance and answer questions from the media on issues. And if leans more toward ex-President Trump's views, he'll have a difficult time attraciting voters in the city and moderates arond the state, Sarpolus said.

He said Craig's announcement comes just before the Mackinac Policy Conference, which begins Monday. He said certain GOP leaders want to be kingmakers on the island and declare Craig the GOP candidate of choice.

There's a number of other GOP candidates interested in running for governor in 2022 including Metro Detroit businessman Kevin Rinke. But so far party leaders have been treating Craig as the candidate of choice.