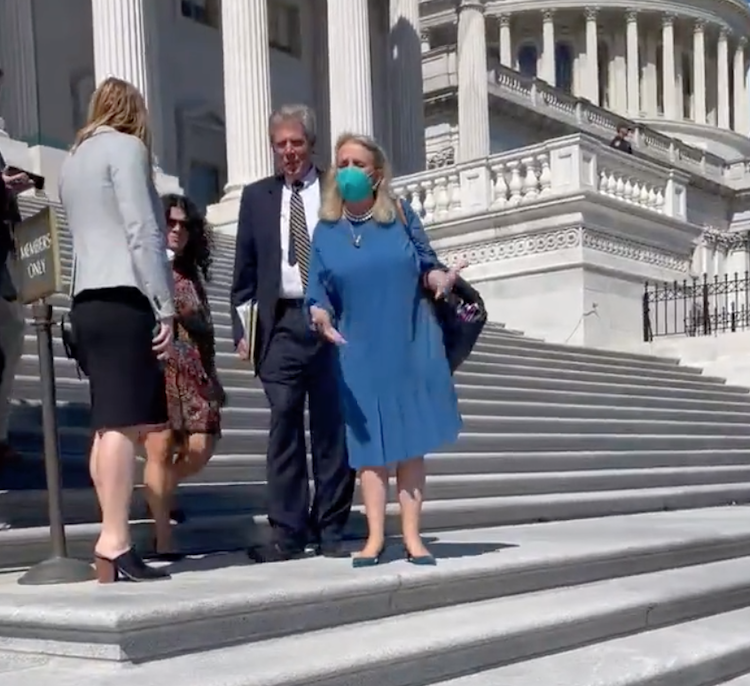 Democratic Michigan Congresswoman Debbie Dingell got into a shouting match with Republican Rep. Marjorie Taylor Greene from Georgia on the U.S. Capitol steps Friday after the Dems voted 218-211 to advance a bill protecting the right to an abortion.

"You all should be ashamed," Greene shouted, according to a video posted on Twitter.  “Try being a Christian.”

“You try being a Christian.” Dingell responded. "And try treating your colleagues decently!"

Greene also yelled "killing a baby up until birth is a lack of civility, it's called murder...Try being a Christian and supporting life."

Republican Rep. @mtgreenee gets into a shouting match with Democrats, incl. @BettyMcCollum04 and @RepDebDingell at the Democrats’ “Build Back Better for Women” photo-op pic.twitter.com/S3AZX1zfJg