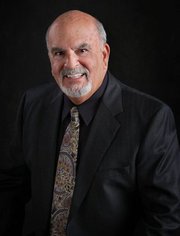 Bernard La Forest, a cop's cop, who started his law enforcement career with the Detroit Police Department and eventually headed the Bureau of Alcohol, Tobacco, Firearms and Explosives (ATF) in Detroit when the agency took down some of the city's most violent drug gangs, died Friday in Scottsdale, Az., from Covid. He was 80.

"He was the best thing to happen to Detroit," said James Culver, a retired ATF supervisor who worked with La Forest in the police department and ATF. "He was a true law enforcement guy, not a phony. Behind how hard he was, seemingly, he was a very compassionate guy and very understanding of the mistakes cops can make. But he demanded professionalism."

A Detroit native, La Forest served in the Navy before joining the Detroit Police Department in 1962. He then worked briefly for the Sterling Heights Police Department before becoming an investigator for ATF in 1970 in Charleston, W. Va., the first of 13 assignments for the agency.

From W. Virginia, he headed west to Los Angeles.

"Firearm and explosives crimes had rapidly surpassed liquor violations, and I transferred to Los Angeles, California as a member of ATF's Bomb Scene Investigation Team," La Forest wrote on his LinkedIn page.

Over time, besides Detroit, La Forest headed up ATF offices in New Orleans, Kansas City, Phoenix and Los Angeles. He retired in 1998 from ATF, but continued to work with law enforcement to help battle gun violence and illegal gun sales.

In the early 1980s and into the 1990s, he came and went from Detroit, on two different occasions heading up the ATF office here. In the early 1990s, he oversaw investigations into some of Detroit's most notorious gangs including "Best Friends" and the Edward Hanserd organization. 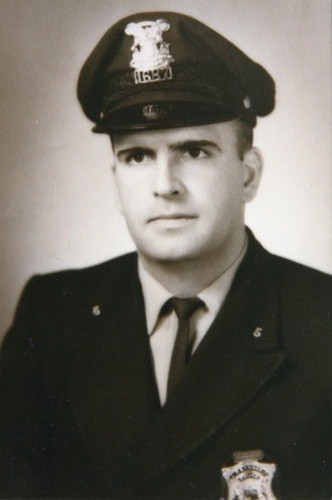 Some law enforcement authorities believe Best Friends, which trafficked cocaine and carried out murder contracts on behalf of other drug organizations, was responsible for dozens of killings in the city. Eventually, three of the four brothers who headed the gang -- all with the last name of Brown -- were murdered. A fourth went off to prison for life.

Tom Brandon worked for La Forest at ATF in Detroit, Phoenix and Los Angeles, and later went on to head the Detroit office. Eventually, Brandon became head of the entire agency until his retirement from government in 2019.

"Bernie was a cop’s cop and an agent’s agent, but he was also more than that, he was a leader with vision," Brandon said. "Thirty plus years ago, he knew firearms trafficking fueled violent gun crime, and he identified novel investigative techniques to augment ATF’s mission. He made our country a safer place, and I will be forever grateful to him for hiring me."

Even as a boss, La Forest wasn't afraid to get out in the field and help in investigations of Detroit's violent drug gangs.

"He would come out there and work with us and he would work like he was one of the guys, one of my surveillance crews or whatever we were doing. And he knew what he was doing," Culver said.

La Forest stated in a bio:

"Recruited by ATF as a contractor in 2000, I later served in that position between 2001 and 2007. The task concerned the development and implementation of a detailed method for the close examination and evaluation of all crime gun traces in Arizona, Colorado, New Mexico, Utah, and Wyoming. Thousands of referrals went to ATF offices and other enforcement agencies in America and foreign countries. Those investigative leads dealt with falsified gun purchases, domestic and international trafficking in guns, as well as narcotics interdiction, terrorism, and many additional violent crimes." 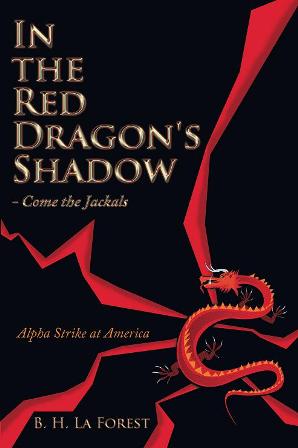 "As an author, I have relied on my experiences as a police officer, special agent, supervisor, and manager in my chosen profession," he wrote in his bio. "My first three novels take place in many of the localities where I began my career in the profession in 1962—as a Detroit Police Officer. Detroit is my hometown and the city where I served as a uniformed law enforcement officer and federal agent."

In a 2012 interview in the online law enforcement publication, ticklethewire.com, La Forest, who lived in Scottsdale, Az., said of his writing:

"I do not prepare an outline or chapter guide. However, I do spend a few months rolling potential plots around in my head. The first day that I begin writing is the most difficult. But, once I type the first paragraph . . .it’s off to the races. As you probably know, my novels are based loosely on a series format. I do not have one single hero or heroine, but rather, I lean on what I always believed. Most large law enforcement agencies . . . federal, state or local . . . have many characters working on complex investigation."

"I get up around 6 a.m. every day and take the mountain bike into the desert behind our place. After four or five miles on the dirt trails on the backside of the McDowell Mountains, sometimes more, I clean up, watch the news, check out Stratfor.com, WSJ, AZCentral.com for local news, and the Detroit News and the Freep for hometown “stuff.” Then I station myself next to a twenty-four cup coffee urn with a free flowing spigot . . . around Ten o’clock. Then I begin—after opening pages in Wikipedia, Google Maps and others that will provide definitions or descriptive material . . . and, most importantly Dictionary/Thesaurus.com. I began writing A Matter of Lex Talionis on October 6th of last year. I finished in May of 2012. Review and editing took us . . . my two editors and me, another three months . . . including the galley which contains errors caused by the printing setup at the publisher."

La Forest requested there be no funeral and that he be cremated and his ashes spread over Tom's Thumb trail in Scottsdale, Az.