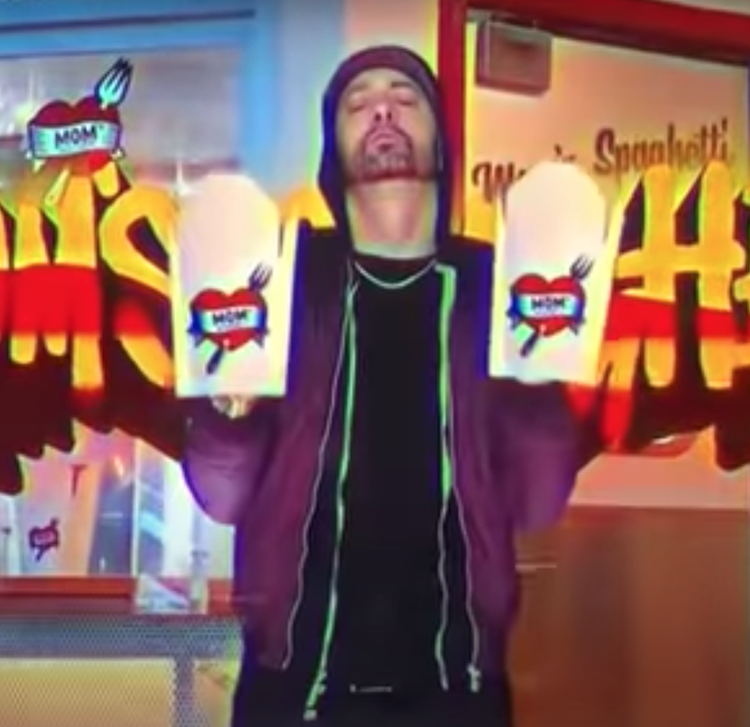 Eminem in his commercial

Eminem on Wednesday is opening a restaurant, Mom's Spaghetti, at 2131 Woodward Ave., near Comerica Park in downtown Detroit.

The rapper has been running TV advertisements about the new joint.

The 30-second ad, which ran on WXYZ (Ch. 7) Friday morning twice during the 9 a.m. hour, starts off with an image of Eminem above the Detroit skyline, vomiting up a carton of his signature spaghetti into the Detroit River. It's made to look like a local commercial for Em's Mom's Spaghetti, a reference which dates back back to 2002's "Lose Yourself," Eminem's Oscar-winning "8 Mile" theme.