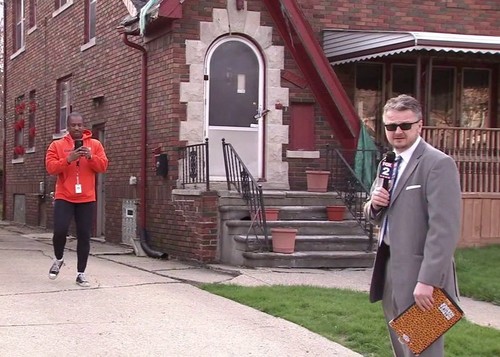 A political nonprofit with ties to Detroit City Council member Scott Benson and the corporate community has pivoted from helping defeat a progressive ballot initiative to meddling in a council race that features an ex-watchdog reporter who used to hound him.

Save Detroit Jobs recently dusted itself off following a successful 2016 bid against a community benefits proposal that would have required significant concessions from developers receiving city incentives and is now helping Latisha Johnson in the District 4 race against ML Elrick. State business records show the group was renamed Detroit Leaders on Aug. 10 — one week after the two advanced to the general election in a crowded primary — and has since issued mailers touting Johnson as “the leadership Detroit needs.”

As a reporter at Fox 2, Elrick repeatedly went after Benson and his chief of staff, Carol Banks, with stories on Benson’s failure to properly file a campaign finance report and Banks’ collection of two taxpayer-funded salaries at the same time — from Benson’s council office and Detroit Public Schools.

The District 3 councilman and his top aide are now under FBI scrutiny as part of a broader public corruption probe that resulted in District 4 council member Andre Spivey’s Tuesday conviction on a bribery charge and subsequent resignation. Their homes and offices were raided by the FBI earlier this month, with agents in search of records related to 501c4 “social welfare” nonprofits like Save Detroit Jobs.

Banks received more than $18,000 in payouts from Save Detroit Jobs as it fought Prop A in 2016, most of it in the form of unspecified reimbursements. Benson was reportedly quoted in a press release for the group and two more of his staffers were paid to distribute its literature.

Benson did not respond to a request for comment Wednesday about his involvement with the organization. Banks declined comment.

The two appear to support Johnson; Banks had a Johnson sign in her front yard when the FBI raided her home and Benson gave Johnson a $100 personal campaign contribution on Aug. 18.

Johnson, for her part, said she didn’t know who was behind the mailers supporting her candidacy and has since disavowed Benson’s support, saying she refunded his campaign contribution after it emerged Tuesday that he too met with an undercover FBI agent and informant in the towing industry.

Johnson, the founder of a community development nonprofit, also previously took issue with the way the community benefits fight played out in a candidate survey she completed for Deadline Detroit in June. 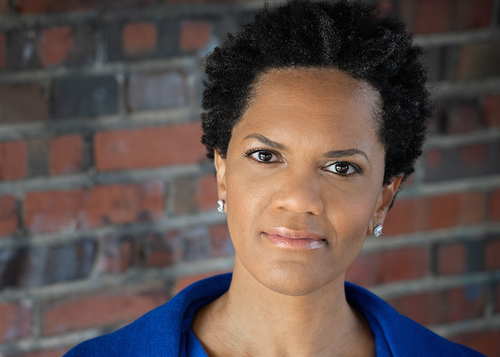 “I don’t want to be tied or connected to anybody that has had any corruption charges or anything,” she said Wednesday. “I don’t want anyone to think I’m beholden to anyone who has such negativity around them.”

Benson is running for re-election against two write-in challengers.

Elrick on Thursday filed a complaint with state election officials against Detroit Leaders for its apparent failure to register as a political entity, which he contends means it cannot engage in advocacy work. As a registered ballot issue committee, Save Detroit Jobs was not permitted to support or oppose candidates.

“Sketchy underhanded operations like this are exactly why we have problems with honest government in Detroit,” said Elrick, who first brought conflict of interest issues with Gabe Leland to light in 2017. “It’s why I’m running.”

He said that if put in Johnson’s position, he would tell the organization to stop supporting his campaign.

Save Detroit Jobs-turned-Detroit Leaders consists of players with ties to a separate dark money nonprofit helping Mayor Mike Duggan in his re-election bid. Impact Church pastor Keenann Knox is its president and attorney W. Alan Wilk filed its business paperwork with the state. Knox is also an officer of Our Neighborhoods First, which is running attack ads against Duggan opponent Anthony Adams. Wilk also filed that nonprofit’s paperwork and serves as a lawyer for the Duggan campaign.

Also listed as officers for the organization are Damian Mitchell, a District 3 candidate for the Detroit Board of Police Commissioners, and former Democratic State Rep. Kenneth Daniels, who was charged in 2014 with helping buy a Mercedes-Benz for a convicted drug dealer.

Save Detroit Jobs, which eventually obtained nonprofit tax status that does not require it to disclose contributors, raised more than $100,000 in 2016, campaign finance records show. Donors included developer and real estate interests as well as Blue Cross Blue Shield of Michigan; Turn Around Wayne County PAC, whose donors include a number of corporations including Matthew Morouns’ Central Transport; and the Schostak Family PAC, which primarily gives to Republican candidates and is affiliated with former state GOP chairman Bobby Schostak.

It was pushing Prop B, a watered-down and largely toothless version of the Prop A community benefits ordinance developed by a coalition of grassroots organizations. Voters approved Prop B by a 54% to 46% margin, but some council members have since sought changes to strengthen the ordinance.

Elrick and Benson have long had a contentious relationship. As a TV news reporter, Elrick often showed up to the councilman’s home when he wouldn’t answer calls, and was sometimes told by Benson to “get off my property.”

Johnson said there have been “numerous people that I don’t know and have no relationship with that have reached to support me as a result of my opponent's previous work.”

She said some of Elrick’s stories have “amounted to shaming,” like one on a outgoing councilmember Raquel Castañeda-López' rundown house in Southwest Detroit.

“They realize the stronghold he has on the media and that he can really take that and run with it,” she said of voters who feel alienated by Elrick.