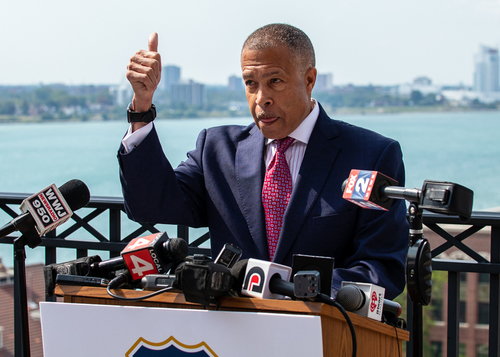 Craig shared his plans for a visit with the Detroit News on Sunday, saying it would happen sometime this week.

He declined to provide further details and his campaign spokesman, Ted Goodman, would not confirm or deny whether the meeting occurred.

Craig has embraced Trump, but has declined to answer media questions as to whether he'll echo the ex-president's mantra about fraudulent elections and other issues.

In July, at a speech in Jackson, Craig said he voted for Trump in 2016 and 2020. That could be a plus or minus, depending on the part of the state.

"I think I've been public that certainly, I welcome support from President Trump," Craig said Sunday.

Trump last summer expressed support for Craig as the then-Detroit police chief parrotted right-wing talking points in appearances on Fox News. Trump has not endorsed in the Michigan governor's race, which features a number of potential Whitmer challengers. He has gotten behind Matthew DePerno on the Republican side of the state attorney general's race.