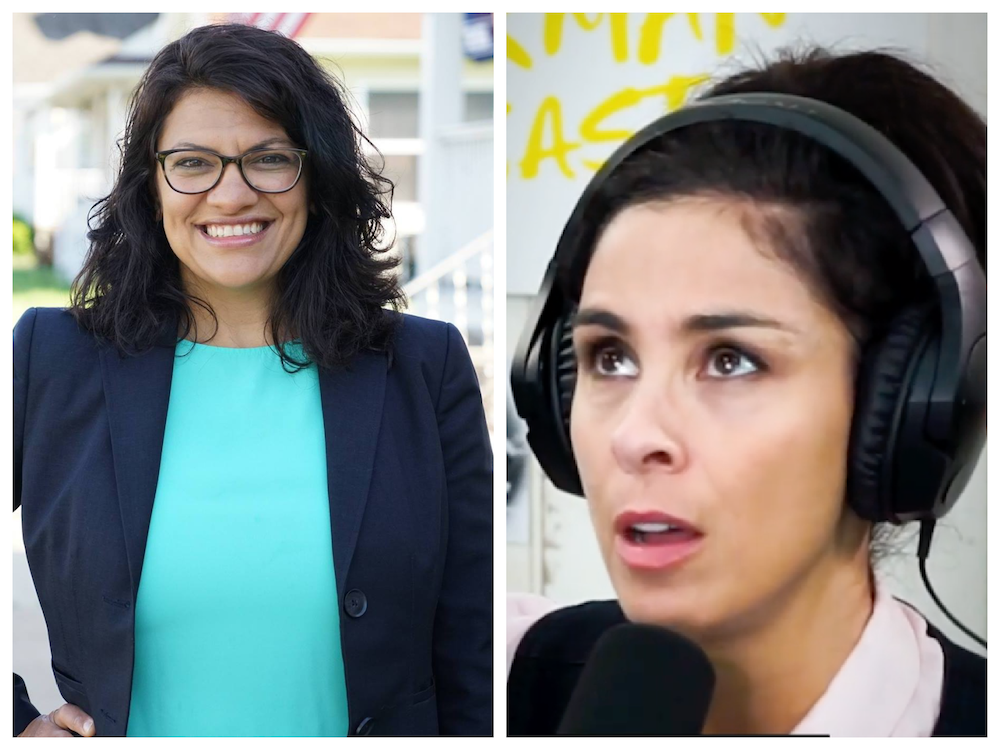 Jewish-American comedian Sarah Silverman writes on Instagram about Michigan Congresswoman Rashida Tlaib and fellow Squad Members: "I love ya all so much."

But Silverman in a podcast last week sharply criticized the group for opposing $1 billion in American funding for Israel’s Iron Dome defense system, which intercepts rockets launched at Israel.

“It’s just frustrating cause my girls in The Squad really didn’t want it to be funded,” she said on the podcast, according to The Jerusalem Post.

“They wanted to defund it. All the Iron Dome does is protect civilians from getting hit by missiles and bombs. What do you think might happen if you take away the one thing that protects people from missiles in a place where missiles are constantly flying at you? That’s dark.”

“Please do not defund the Iron Dome. My family lives there. It just seems to prove the point that I didn’t think existed – people really only like Jews if they’re suffering. Dead Jews get a lot of honor.

"[The Squad’s] domestic policies completely align with mine, but they make it hard. Not having the Iron Dome is gonna kill people. I am for a Palestinian state, but I do also believe there should be an Israel too. There are Muslim states all over the place. We can’t have one Jewish state?”

Tlaib, a second-term representative from Southwest Detroit, is among nine Congress members to oppose the funding. The vote late last month was 420 in favor, 9 opposed, and 2 abstentions. Squad member Alexandra Ocasio-Cortez of New York abstained, but tweeted that she actually opposed the bill, and felt it was rushed, according to the Israeli paper. The Senate has yet to pass the bill.

Tlaib, who is of Palestinian descent, has been vocal in her criticism of Israel while in Congress. In September, she said of Iron Dome funding:

“I will not support an effort to enable war crimes and human rights abuses and violence. We cannot be talking only about Israelis need for safety at a time when Palestinians are living under a violent apartheid system, and are dying from what Human Rights Watch has said are war crimes.”

“Israel is an apartheid regime — [these are] not my words, but the words of Human Rights Watch and the words of Israel’s own human rights organization B’Tselem. I urge my colleagues to please stand with me in supporting human rights for all.”