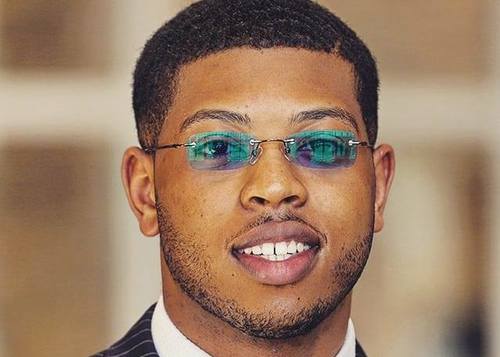 “I wanted to be a spy when I was older, like a Black James Bond, Mission Impossible,” Jewell Jones said in July.

The handcuff key that last month added to Jewell Jones' lengthy list of woes was apparently no fluke: The state representative, behind bars for a number of bond violations stemming from a drunken driving charge, allegedly told police he carries it almost all the time. Taped right there on the bottom of his foot, just like so.

That's according to a jail report obtained by The Detroit News from the Sept. 14 incident:

The Inkster Democrat had just completed a strip search in the jail's shower room when the key clattered to the floor with a bit of clear tape attached, according to the report obtained through a public records request.

When the deputy told Jones the key was concerning and would require a report, Jones said he understood, according to the report.

News of the worthy contender for dumbest criminals emerged a day after MLive published a longform profile on the youngest-ever state rep, unearthing a recent interview in which the 26-year-old divulged he always wanted to be a "Black James Bond."

“When I first came in, people were telling me ‘Man, you gotta stay out of trouble, don’t be like Kwame and all this other stuff that went over our head — and I thought Kwame was a phenomenal brother,” Jones said in a July interview with Southfield-based Vent Radio.

It wasn’t his family who pushed him in a political direction, Jones said in the July radio interview. “I wanted to be a spy when I was older, like a Black James Bond, Mission Impossible,” Jones, the former auxiliary police officer said.

Bond may have been a bit more slick and clear-eyed. Those who know Jones tell MLive he wanted to have it "both ways."

The majority Black and working-class community of 25,000 from which Jones hails is described by natives as having a strong undertow, but Jones was also reportedly known as a good kid from a good home.

“Hanging around with certain types of people, you know, your friends can influence you and you just want to be like what they do. The guns, the violence, it’s always around us whether you came from an OK household. My mom -- there really wasn’t a lot of violence, but somehow, I followed it,” said (Inkster native Ivan) Bohannon.

Jones had both parents in the home, and he was a “church kid,” who stayed out of trouble, (Bohannon) said. It’s consistent with the picture painted by (Byron) Nolen, the former Inkster mayor who is now representing Jones in court after attorney Ali Hammoud withdrew from the case. Nolen described Jones as “the kid everyone would like to have as their son. This is choir boy, this is ROTC in high school, this is Army National Guard. He’s an auxiliary police officer, so the allegations completely caught me off guard and I’m still kind of baffled by them,” Nolen said.