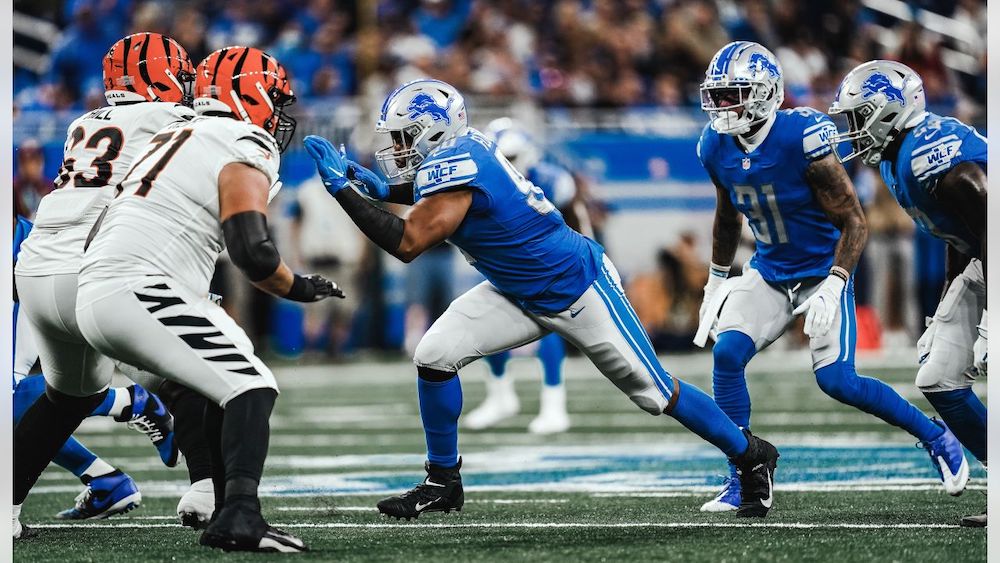 From the Detroit Lions's first set of downs at Ford Field Sunday, you got the feeling things probably weren't going to go well. And they didn't. The Lions fans eventually started booing as they watched a hapless team.

Bad is bad. Boring is worse. Bad, boring and bumbling is the worst of all.

No broken hearts for the Lions this time, just broken spirit, broken plays and a broken record of misery. Unofficially, the clock starts now. At 0-6, the Lions are the NFL’s last winless team, and it’s getting harder and harder to find an opponent on the schedule they can beat. It’s also getting harder to find a deep pass that Jared Goff can complete.

Goff wasn’t the entire problem as the Bengals stomped the Lions 34-11 Sunday at Ford Field, a performance that had the crowd booing early. But as an experienced quarterback amid a constant shuffle of young receivers and linemen, Goff isn’t doing nearly enough to find solutions.

The coach was none too happy.

“I’ll state the obvious, we got whipped,” Dan Campbell said. “That was brutal. More importantly, the focus wasn’t there. I told the team this, I’m going to look at everything, that’s my job. But when you get whipped like that, that’s on me."