LeDuff: What a joke. Stop-the-Stealers nowhere to be seen Tuesday at TCF in Detroit 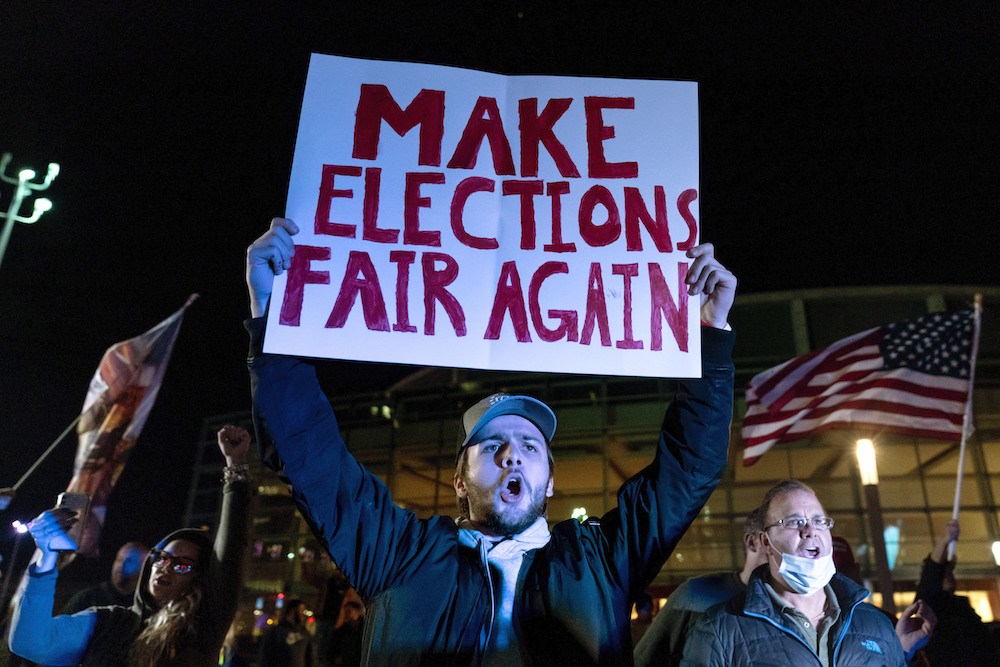 The first general election in Detroit since Trump was voted out was Tuesday.

Absentee ballots were again counted at TCF Center, ground zero of the national conspiracy. Remember? The spooky video of a late night van pulling into the loading dock? The supposed 150,000 fake ballots trucked in during the gloom of night? The slurring white chick sitting next to Giuliani giving testimony to state legislatures about how not a single absentee vote processed in Detroit was legitimate?

Remember the uncredentialed baboons banging on the glass at the TCF Center the morning after, shouting “stop the steal” and “let us in,” but not realizing that the votes had already been processed? Remember the seditionists at the nation's capitol last January posing as patriots while attacking police officers they pretended to respect?

Well, guess how many Republican poll challengers showed up at the TCF Center this Tuesday to monitor and protect the sanctity of every American's vote? Guess how many came to participate in the municipal election?

Zero. None. Not one.

Not a single Republican could be bothered to get out of bed on Tuesday. Not a single “patriot” came to educate himself on what the fuck actually happens during an absentee count. Not a single one came to do his national duty.

The poll workers in Detroit showed up. Most were black. Most were women. Most were Democrats. And a few were white Republican women, in fact. I am an independent. And I was there to monitor the vote.

We were paid employees of the elections department. Poll challengers were not. Still, Democrat observers came to monitor the loading ramps, the WiFi transmitters, the tabulators. But not a single Republican.

The paid poll workers could guess why.

“The Republicans don't have a dog in this race,” they said.

Or: “They know it wasn't stolen, so why bother?”

Trump lost because the election was stolen, so-called patriots claim.

And they continue to clutch to that lie like as if it were a cheap strand of freshwater pearls. They believe it no matter how many audits are conducted by whatever party.

The fact is, Trump lost because he was unpopular. Just like Biden will most likely lose because he is unpopular. Had any Republican shown up Tuesday to the TCF Center, the poll workers would have told you that themselves.

A lot of them would have told you that they don't even think Trump was the worst president of their lifetimes. Some people there were old enough to remember Richard Nixon and George W. Bush.