Barbara-Rose Collins, Who Served on Detroit City Council and Congress, Dies at 82 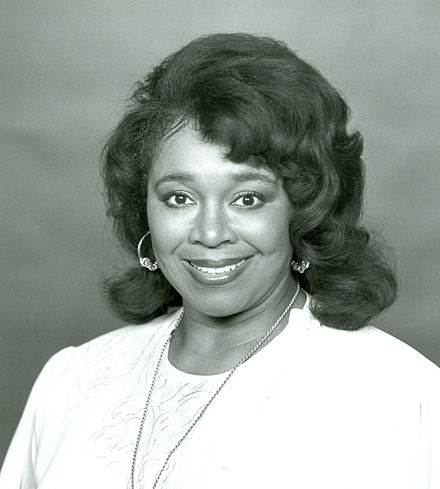 Barbara-Rose Collins, who retired from politics in 2009 after serving in Congress and the Detroit City Council, died early Thursday at age 82.

A community activist and single mother, Collins was elected to Congress in 1990, campaigning on a promise to bring federal dollars and social aid to her economically depressed distirct. She served on Detroit City Council in the 1980s and was again elected in 2001 after serving in Congress.

The eldest of four children, she graduated from Cass Tech High School in 1957. At the time, her name was Barbara Richardson.

She went on to major in anthropology at Wayne State University, but left school to marry classmate Virgil Gary Collins, who became a pharmaceutical salesman. They had two children. In 1960, they divorced.

"As a single mother, Barbara Collins had to work multiple jobs," says her bio in the U.S. Representatives' History, Arts and Archives. "She received public financial assistance until the physics department at Wayne State University hired her as a business manager, a position she held for nine years."

She went on to become an assistant in the office of equal opportunity and neighborhood relations at Wayne State, the bio adds.

In the late 1960s, Collins, inspired by a speech she heard by Black activist Stokely Carmichael at Detroit’s Shrine of the Black Madonna Church, bought a house within a block of her childhood home and joined the Shrine Church, which focused on improving Black neighborhoods.

In 1971, she was to elected to Detroit’s region one school board. In 1974, she won a seat in the state House of Representatives, and chaired the constitutional revision and women’s rights committee. She was a co-sponsor legislations to put dates on food in Michigan.

In 1980, her bio says she considered running for Congress against U.S. Rep. Charles Coles Diggs Jr., but her mentor, Mayor Coleman A. Young, advised her to run for Detroit city council instead. She won a council seat and served eight years before challenging incumbent U.S. Representative George William Crockett Jr. She narrowly lost.

Collins became one of three Black women in her freshman class, and turned for counsel to veteran Congressman John Dingell Jr. He helped her land a seat on the Public Works and Transportation Committee. She also got assignments on other committees including the Committee on Science, Space, and Technology and Select Committee on Children, Youth, and Families.

"She was one of the old school politicians," said Adolph Mongo, who was her Congressional district director in Detroit for about year. "When she was on city council she beat up on Colemand Young when it it wasn't popular to oppose him. But Coleman Young respected her and he listened to Barbara- Rose."

Collins was supportive of President Bill Clinton, but she voiced opposition to the North American Free Trade Agreement, arguing that opening the borders to cheap Mexican products would cost America good union jobs. She eventually supported the final version.

She spoke out against increasing foreign aid, saying more money needed to go toward cities in America.

Collins faced trouble in 1996 when the Justice Department and the House Ethics Committee investigated her office for the alleged misuse of campaign and scholarship funds.

That opened the door for opponents to challenge her that year, including state lawmaker Carolyn Cheeks Kilpatrick, the mother of Kwame Kilpatrick, who won by a 21-point margin in the primary and went on to win the general election. After that, the inquiries were droppped.

Not giving up in politics, she won a Detroit City Council seat in 2001 and retired in 2009.

"More than anything, I want the citizens of Detroit to know that she was a strong Black woman, a woman who never forgot where she was from," said her grandson Bruce Simpson, the Detroit Ombudsman. "They should know that she had an unconditional love for her people. For over 40  years she fought for them every opportunity she had and she was fearless."

"From a seat on the Detroit Board of Education to walking the halls of the United States Congress, Barbara-Rose Collins was a force in public service and an inspiration to many. As the first Black woman from Michigan elected to the United States Congress, she taught people that with passion and a lot of hard work, you could make a real difference and lift up the voices of those who matter most. My heart is with her family and friends as they navigate this difficult time.”