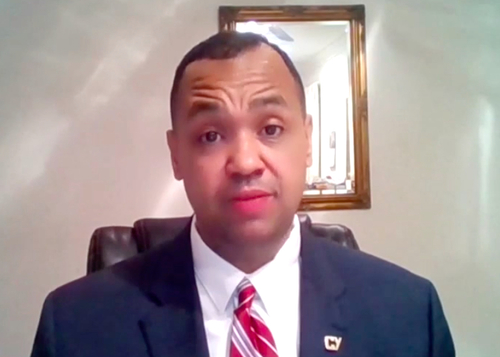 Coleman Young II in a Friday interview with WXYZ.

The experiment would be based on one that orginated in Stockton, Calif., the former state senator said in a Friday interview with WXYZ. In that post-bankruptcy city, the no-strings attached stipend led to improvements in recipients' financial stability, ability to find full-time work and overall health and well-being, a study that looked at its first year found. The effort was led by the city's former mayor and funded by donors including the Economic Security Project, a guaranteed-income advocacy group.

Young was elected Tuesday to a citywide council seat and is one of a half-dozen newcomers who will join the nine-member body next year.

The 39-year-old said he envisions applying the program to 125 Detroiters for 18 months and that such aid could potentially lower crime.

He also said he'd like to, with money already available, have more community police officers walking the beat in the city's more dangerous pockets, and expand the Ceasefire intervention program and interventions for people hospitalized with gunshot wounds, pointing to data that shows they’re more likely to be involved in gun crimes.

“We can’t just arrest this problem away,” he said.