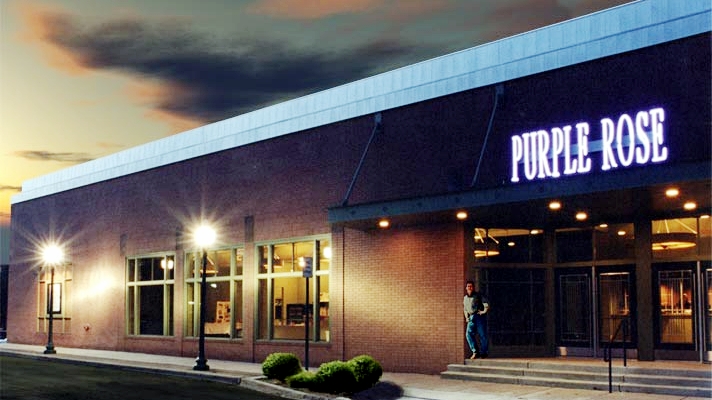 The Purple Rose Theatre in Chelsea, a respected regional showcase, tried last year to resolve internal complaints with a financial settlement that performers rejected, according to managing director Katie Hubbard. 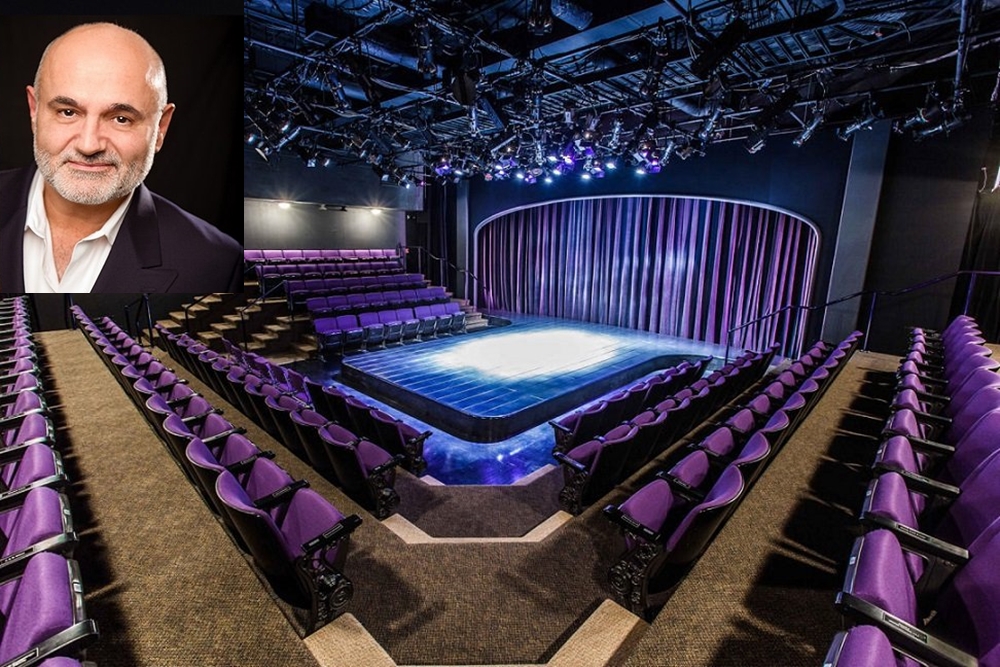 Guy Sanville, accused of toxic behavior, no longer is at the theater where he was artistic director for 26 years. (Photos: Purple Rose Theatre)

These are among claims, according to freelance writer Bridgette M. Redman of Lansing, who last week wrote seven posts on the dispute for OnStage:

From 2012-20, the group letter says, the Purple Rose hired just two black apprentices and nine nonwhite actors, only five of whom gained stage roles. It allegedly hadn't used any nonwhite directors and set, lighting or sound designers. The 14-member Purple Rose board is all-white.

An unnamed former apprentice is quoted in the blog series about why he declined an invitation to appear in a promotional video. He says he replied: "Due to my experience at the Purple Rose, dealing with a violent altercation, and racial prejudice on numerous occasions, I request to be left out of this video and other projects dealing with the Purple Rose."

Separately, claims of discomfort are described -- sometimes anonymously -- at a new site called The Purple Stories. 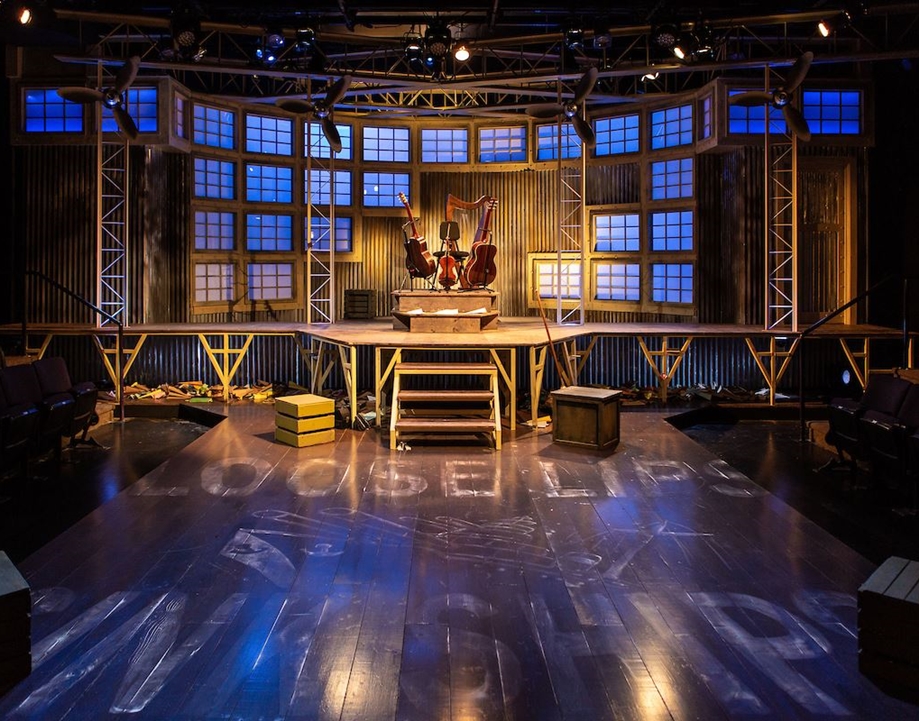 Matt Hollerbach, a 2007-08 apprentice, posts that he "witnessed countless examples of misogyny, ableism, racism, and other forms of discrimination during my time at PRTC."

"I can corroborate stories that have been shared revealing this toxic culture. While the brand of the company was certainly outwardly progressive, its internal culture was one of overwork, abuse and disinclusion -- and Guy was at the center of it."

"The biggest thing that stands out in my mind was the aggressive and abusive misogynistic ways of Guy Sanville. When I was there he would strut around, intimidating the apprentices.

"He made advances on two of my fellow female apprentices in very lewd and sexually abusive ways. He would always comment about their 'gigantic tits' in front of actors and members of the production team, and staff. He even went as far as casting one of them in a show and wanted her to do a nude scene onstage for no other reason than he wanted to see her naked. No reason for the scene at all.

"They weren't the only ones he treated that way, I witnessed his abhorrent behavior towards a lot of the young female apprentices quite often when I was there."

Amid these rumblings, the Purple Rose hired Lynch Travis, who is Black, in the summer of 2020 as a guest director and chief diversity enrichment officer. This statement now is on its website:

"The Purple Rose Theatre Company is taking actionable steps to provide and increase opportunities for marginalized artists and theatre-makers. We are working with our staff, artists, and patrons to create, live, and behave in ways that will respect and represent the wide diversity of souls who call the Midwest home."

Hubbard also says the 2020 group letter came as a surprise:

"There were no records of complaints against any of our management via the Actor’s Equity [union] by any employees.

"There have been ... no grievances filed with the union having to do with anything inappropriate with any rehearsal. It was shocking to not have any reports of any misconduct and then all of a sudden be hit with that," Hubbard said.

Still, she added, the board tried to head off arbitration [last year] by offering a compensation deal. Hubbard also acknowledged, before his departure, that "the board is aware that Guy Sanville brings an intensity to his job."

Redman, the blog freelancer, speaks with Jeremy Kucharek, a former artistic associate who signed the 2020 letter:

"We all collectively agreed that none of us were in it for the money," Kucharek said. "We wanted a public acknowledgment of wrongdoings, an apology, and a real plan moving forward including a designated human resources person." ...

Actor’s Equity filed grievances on behalf of 10 artists. It went to arbitration and the arbiter threw out all but one case in June of 2021 because the cases were not filed within 30 days of when the incidents happened. The one case that was settled had to do with retaliation against someone who had cooperated with the Equity investigation. 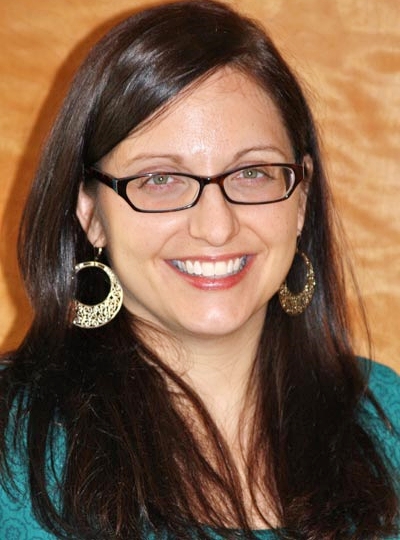 Purple Rose no longer has a 13-month paid apprentice program, which Redman says was "the source of most of the abuse complaints." The 30-year-old theater company also hired EmPower HR of Brighton as a human resources consulting firm.

The Michigan journalist and theater reviewer posts that "Sanville did not reply to two Facebook messages" and "had taken down his public Facebook account since these incidents started surfacing."

One incident recounted by Redman comes from 2014-15 apprentice Jowi Estava Ghersi, who left after 10 months and now says: "I should have quit much earlier." She describes Sanville "yelling at me, his face red and spittle flying" after the apprentice spoke with an actor about a prop.

"Guy fancies himself a bit of a football coach and employs similar tactics in a workplace where that is not appropriate. "Yelling in people’s faces happened. It happened in my face."