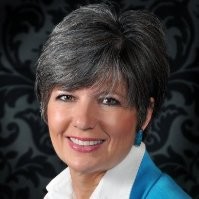 "There will never be another Kelly Rossman-McKinney," Nessel said in a statement Tuesday night. "I am heartbroken by the loss of one of my most trusted advisors and I am honored to count myself amongst those who had the good fortune to work alongside Kelly and to witness her artistry.  Kelly forged deep relationships with so many of her colleagues at the Department of Attorney General, and her loss weighs heavy on all our hearts tonight."

Rossman-McKinney was well-known and respected in Lansing circles, among politicians, lobbyists and reporters. She started a public relations firm that eventually became Truscott Rossman, a powerhouse in Lansing. Last year, the firm moved its headquarters to Detroit's Eastern Market. It also has offices in Lansing, Grand Rapids and Washington, D.C.

Rossman-McKinney retired after an unsuccessful bid for state Senate in 2018.

She graduated in 1977 from Wayne State University, where she studied radio and television and pyschology. She went on to become a production assistant at WKBD and WWJ-television. From there she held a number of jobs, including legislative assistant in Lansing, public affairs officer for the Michigan Towhship Association and director of the Office Michigan Products, Department Commerce in Lansing.

In 1988, she started the public relations firm of Rossman Communications. In 2011, she merged with John Truscott's firm.

"What started as a solo operation from her kitchen table grew to one of the largest and most well-respected public relations firms in Michigan, Truscott Rossman," Nessel said. "Kelly was the gold standard for public relations; respected by her peers and admired by her colleagues. In 2019, she joined the Department of Attorney General as communications director and served the people of Michigan with distinction."

In 2018, Rossman-McKinney ran as a Democrat for the state Senate seat representing the Lansing region.

"I’m fed up with the political gridlock and dangerous partisan politics in Lansing," she told WILX-TV during the campaign. "Our State has lost focus on getting things done for our communities and balancing a budget while doing so. As a small business owner for more 30 years, I have worked hard to balance a budget while ensuring the best for my employees. I won’t ever put partisan politics before families, children and the people I serve."

In November, she lost to Republican Tom Barrett, who got 53.5 percent of the votes compared to her 43.4 percent.

"The team at Truscott Rossman and I join people across the state of Michigan today in mourning the loss of our friend, Kelly Rossman-McKinney. Kelly left this world the way she lived in it – bravely determined, inspiring all those around her with her courage, wit and humor.  We will miss her tremendously.

"Throughout her 45-year career, Kelly became one of Michigan’s best-known, highly-respected and most-accomplished communications experts. There never has been and never will be another Kelly Rossman-McKinney. She shattered the glass ceiling for women in Lansing by taking risks – risks she understood and committed to because she knew what challenges were, and she faced them head on. After years of competing for business, and even serving as adversaries on issues, Kelly and I joined forces and founded Truscott Rossman in 2011. It was the best decision of my career.

"With her passing, I’ve lost more than a business partner, I’ve lost a best friend, my work wife and one of the most heroic people I’ve ever met."

“Kelly Rossman-McKinney was one of a kind. Honoring a woman who always knew what to say and when to say it is difficult. A trailblazer and role model who meant so much to so many. Her unmatched political instincts and razor-sharp wit shaped Lansing for decades."

Dan Loepp, president and CEO of Blue Cross Blue Shield of Michigan, who was a press secretary for Attorney General Frank Kelley in Lansing, said:

"We are all saddened by Kelly’s passing. She was trail blazing in the world of pr where she was a true professional. More importantly Kelly was a great person. My condolences go out to her family and friends."

"One of my dearest friends, one of the sharpest, funniest, most courageous and caring people I have ever known, Kelly Rossman-McKinney has died. Her loss leaves a vast hole in all our lives."

She started her firm as a single mom at her kitchen table.

She served Michigan and its people with love and passion and supreme intellect.

She lifted everybody with her wit and courage.

She was my friend, my inspiration, my boss.