Kid Rock has something to tell you in his new single. IN ALL CAPS. 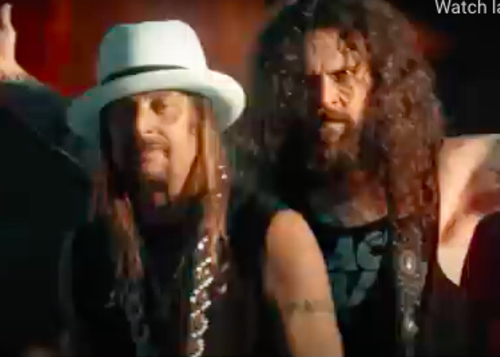 We don't really know what to say about the latest Kid Rock single, a collaboration with a Canadian band called Monster Truck. Maybe this:

If there were a laboratory where sophisticated AI robots worked all night, somehow synthesizing the zeitgeist of Red America into consumer products, a sort of cultural food-paste dispensed from a tube hanging over every La-Z-Boy recliner in Trump country, something the occupants of those chairs could just reach for and suck on from time to time, it would be "Don't Tell Me How to Live."

In it, Robert Ritchie of Nashville and exurban Oakland County or wherever the heck he's parking his entourage these days, expresses the sentiment in the title, maybe because the AI robots figured that would sell.

The single was released Friday, i.e. too late to book Kyle Rittenhouse for a cameo. Dig it: