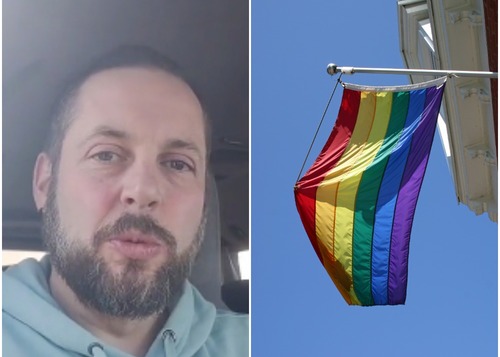 A public school teacher in Michigan's St. Joseph County quit this week after he says administrators ordered him to remove a Pride flag from his classroom.

"The Pride flag is not a political statement, it's a human rights statement," Russell Ball, a teacher of more than 10 years, says in a TikTok video. "I was not going to be an active participant in the suppression and oppression of an already marginalized group that I'm a part of."

The action stemmed from a parent's complaint and also targetted other teachers displaying the flag, the Three Rivers School District teacher tells West Michigan TV station Fox 17. Russell, who identifies as bisexual, said he was the final holdout.

The school's principal said he was acting on advice from district's attorney, texts Ball provided the station reportedly show.