'A superstar:' Family pays tribute to the 'kinetic energy and enthusiasm' of Oxford victim Justin Shilling, 17 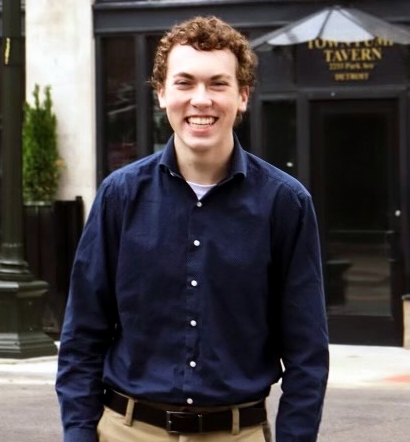 Jill Soave and Craig Shilling touchingly describe the achievements and interests of their son, Justin Shilling, in a public essay about the Oxford High shooting victim.

Their tribute, longer and more detailed than customary funeral home obituaries, describes him as a 17-year-old who "burned brighter and exuded more energy than the average person, fitting a vast amount of love and experiences into his short life. He touched so many people, from family to neighbors, classmates and friends."

A Thursday night funeral in Oxford for Shilling, a varsity golfer and bowling team captain, will be the last of four since Saturday for students shot Sept. 30 at their high school. (Details, including two visitations, are below.)

These are excerpts of what his family shares:

Justin was always an avid student who received excellent grades and was a yoy to have in the classroom. He ran and served on the student council at Oxford Middle School and made a bid for student council president in his freshmen year of high school. He ... served as a mentor to the freshman students starting high school this year.

Justin loved the Village of Oxford, ...  walking the Polly Ann Trail and picking up Subway or Frosty Boy. He would ride his bike to his first job at the local Thai restaurant, where he started to develop his palate. Justin gained experience while he worked the register, manned the phones, taking orders, making hors d'oeuvres and serving customers -- all of this at the tender age of 13.

The next lucky group to partake of Justin's glowing presence and agreeable nature was Independence Village, a senior living facility located within the Waterstone Community. This is where he honed his skills of patience, kindness and being present, caring for the seniors -- either delivering their meals to their rooms or serving them in the dining hall, engaging them in conversation and making many friends. To say Justin made an impression would be vastly understating his role as friend and companion to the seniors and staff.

Justin then briefly worked at Victoria's Wine and Dine of downtown Oxford before moving on again to Lelli's of Pontiac, an upscale steakhouse with a rich history in our community. From there he added Anita's Kitchen of Lake Orion to his job list, for a taste of the Middle East, and the iconic Red Knapp's Dairy Bar of Rochester because he truly covered all his bases, and no palate is complete without dessert.

From an early age, Justin was a lover of all sports, organized and pickup. A natural athlete, he played baseball throughout his elementary and middle school years. His coaches and teammates have known him as the heart of the team, cheering them on with a kinetic energy and enthusiasm only Justin could bring.

He bowled and golfed with his middle and high school teams, as well as being a "wicked spike baller," as described by his older brother and his friends. ... He was an avid fan of U of M football and followed his favorite team with great, great pride in its wins and tremendous disappointment in its losses. His passion for competition was impressive.

Family was the foundation that made Justin a superstar. He always made time for his family.

In an age where families get very complicated, Justin somehow made every member of his extremely vast immediate and extended family know they were very special to him -- from his birth grandparents all the way to his youngest step-cousins.

Justin's capacity for family love was so huge that he made "family" out of his best friends and their families, perpetuating such a sense of love and togetherness that we are all humbled by it. Justin shared a very meaningful relationship with a longtime girlfriend, showering her with attention and basking in the experience of young love.

Justin was always very proud of his family's background in military, police and firefighting. He loved and admired his older brother and competed with him fiercely. Nathan always set the bar very high. Justin was a doting big brother who was always looking out for his younger brother, helping him to navigate the difficult first year of high school, encouraging him and being an example of selflessness and support. Although both Nathan and Clay will suffer dearly for the loss of their brother, they share the same strength, bright light and energy and they will carry his torch eternally. ...

Justin simply can't be described here adequately as there isn't enough room on this page. 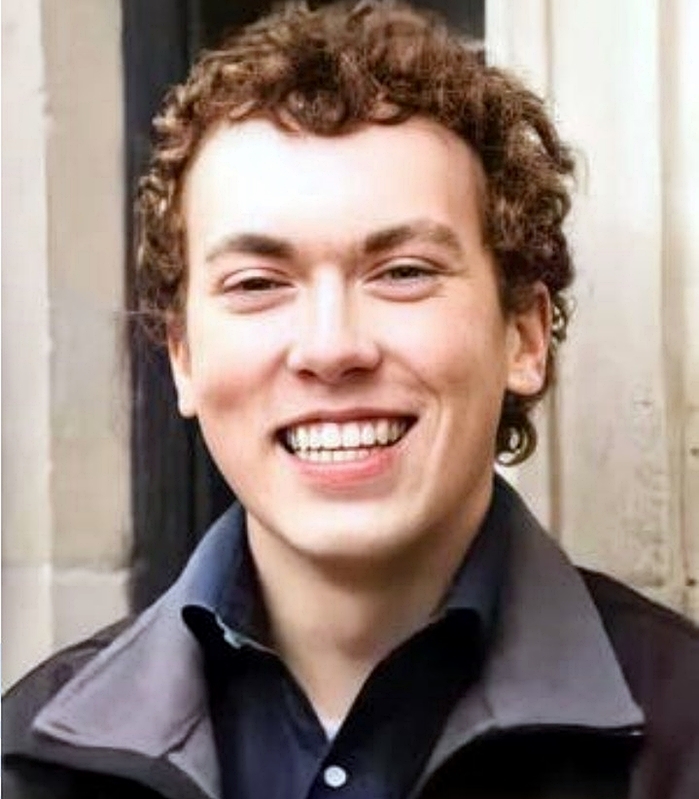 "Justin was a classy guy."

Visitation will be on Thursday from noon until the 7 p.m. funeral at Boulder Pointe Golf Club & Banquet Center in Oxford, which the family says will be livestreamed on local media sites. Another visitation follows Friday from noon-8 p.m. at Verheyden Funeral Home, 43300 Garfield Rd. in Clinton Township. Burtial in Waterford Township will be private.

Condolences and memories from friends and others are at a funeral home tributes page. 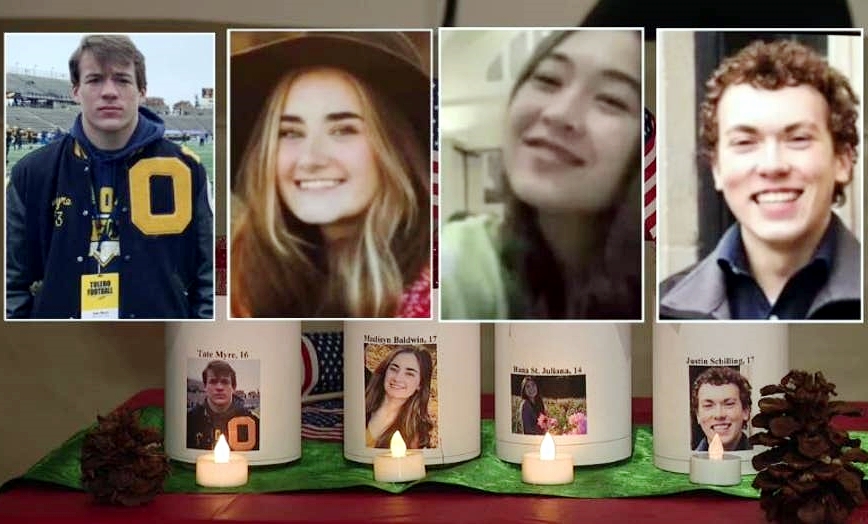 Three schoolmates' services began Saturday with a private funeral for Madisyn Renee Baldwin and continued Tuesday at Kensington Church in Lake Orion with a noon ceremony for Tate Myre. Hana St. Juliana will be mourned at Oxford's LakePoint Community Church on Wednesday at 6 p.m. (details are in the link below).

Funerals Start as Oxford Moves into the Next Stage of Grief