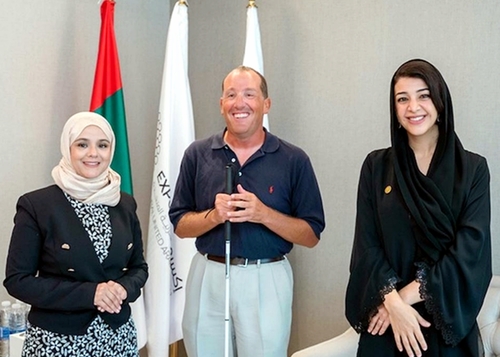 Earlier this year, in the midst of the pandemic, Michigan Supreme Court Justice Richard Bernstein, who is blind, was invited to the United Arab Emirates and Israel for a total of six months to help establish progressive programs in Arab countries for the disabled. It was part of the Abramham Accords, a peace treaty between Israel and certain Arab nations crafted during the Trump administration.

Bernstein said he spent time with powerful people in the Arab region who had disabled children, and kids as well. The idea was to forge relationships and implement Israel's progressive disability programs across the Middle East.

Bernstein said leaders from the Arab world were impressed with his accomplishments: Being a state Supreme Court justice, running marathons and participating in Ironman competitions.

"One of the kings, a very powerful individual said to me: 'Judge, I never realized what my child could do," Bernstein recalled in a recent interview with Deadline Detroit. "I never realized his potential. I never realized he was created in a different likeness to do something extraordinary until I got the opportunity to meet you.'

"He said: 'Help me. What should we be doing to make life better for people who are struggling and who live in the darkness?' That was the mission."

Because of the time difference, Bernstein said he was able to do his Michigan court work remotely, then focus on the Middle East mission. He said because of Covid, his office in Michigan was closed during the time he was in the Middle East.

Below is our interview.