Authorities don't say what got a 44-year-old Mt. Clemens man so riled up that he allegedly left a two-minute voicemail rant for a county judge last summer, a tirade that now brings a criminal charge. 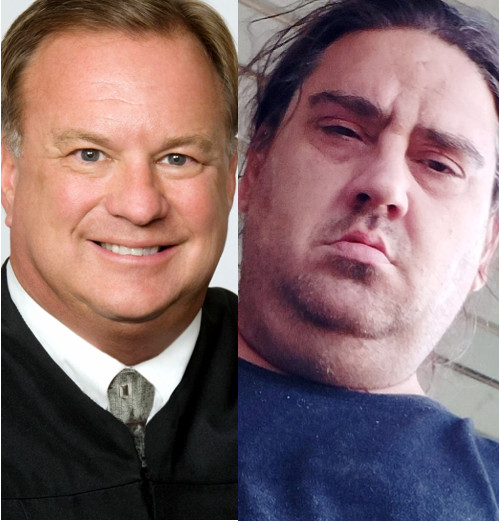 The judge and his alleged caller.

Robert Scruggs is accused of death threats in mid-August against Judge Richard Caretti, a former Detroit police officer on the Macomb Circuit Court bench since 2002. He's currently presiding judge of the civil and criminal division.

"Those who cross the line between statements protected by the First Amendment and direct threats will be held accountable," says state Attorney General Dana Nessel, who announces the misdemeanor charge Wednesday afternoon after Scruggs' distict court arraignment on a count of malicioius telecommunications use.

Scruggs was given a $10,000 personal bond, referred to a community mental health agency for an assessment, placed on house arrest and ordered to wear a tether. His probable cause hearing is Dec. 20.