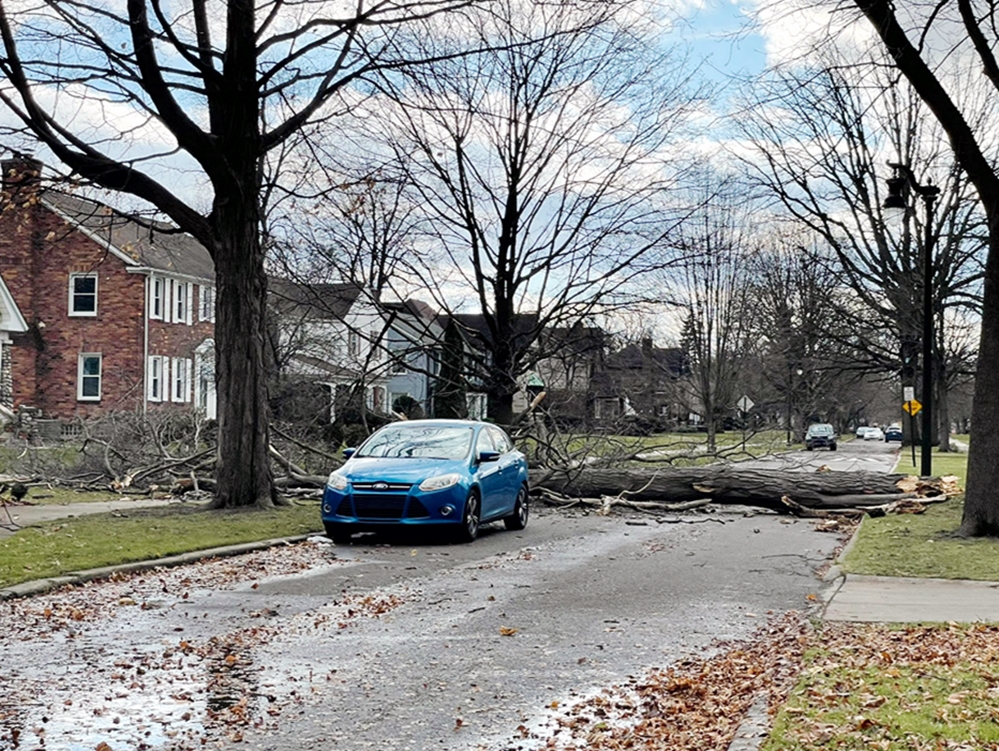 Update, 8:05 a.m. Sunday: Blackout numbers are going down. As of this morning, there were 134,475 Michigan customers without power.

More than 210,000 Michigan customers are without power Saturday as powerful gusts up to 65 mph downed electric lines and trees.

As of 4 p.m. Saturday, DTE reported more than 120,000 customers without power and Consumers Energy had 135,450. Counties in the western part of the state, including Kent, have been hit hardest.

More than 1,500 DTE crews and out-of-state ones were in the field, according to the utility. "We have called in additional support from outside our area to speed this work," an earlier statement says.

Consumers Energy updates are here and DTE's are here.

A National Weather Service high wind advisory is in effect until 8 p.m. Saturday.

Pontiac Phoenix Center roof shredded due to high winds. Pontiac Mayor Deirdre Waterman,"We are working with Sheriffs department to make sure we secure the area with these heavy winds and putting out an alert to people we are rerouting traffic from under the Phoenix Center tunnel. pic.twitter.com/ARg90Q3hFs